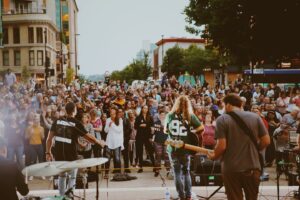 On 9/11 – the 20-year commemoration of Muslim terrorists’ attack on America – a worship movement set on revival is inviting Americans to Washington D.C. to remember the deceased, and the next day to lift high the name of Jesus at a historic gathering on the National Mall.

#LetUsWorship will return to the National Mall where 400,000 gathered last year for “the largest church service in America,” led by Sean Feucht. He called 9/11 permitting for the upcoming event a miracle.

“I don’t know of any other organizations that have gotten a permit this year,” said Feucht, who joined thousands of intercessors praying for revival.

“Which is really prophetic and significant this being the 20th year anniversary of 9/11. The fact that there is nothing that is planned for those dates. The fact that I had a history with Amos 9:11, the rebuilding of the Tabernacle of David, reiterated in Acts 15:16,” Feucht said. “That’s been part of my story line,” he added.

Participants will make an appeal to heaven over the nation to say, “God, we’ve got to have you in this season as never before,” Feucht said. #LetUsWorship will honor first-responders, military personnel, and civilians who lost loves ones.

That will be followed up on the 12th with #LetUsWorship “just going after revival. It will be full blown #LetUsWorship, rumble, revival in Washington D.C. which, I don’t know if there’s any city in America that needs it more,” Feucht said.

#LetUsWorship marked its 125th stop in small towns and the 50 most populous cities in America, including Seattle, Portland and the nation’s capital, to exalt Jesus above the political fray, lock downs, pandemic, homelessness, financial instability and deaths.

Feucht, a one-time candidate for Congress from California and leader of #LetUsWorship, prayed with Intercessors For America (ifapray.org), which is connected to 25 million Americans. 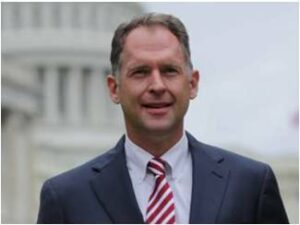 IFA President Dave Kubal, who has encouraged prayer and fasting since 1973, leads a vast spiritual army contending for revival and cultural transformation from Washington, D.C.

Praying last year through COVID-19 and protests across the nation, Kubal heard a prophetic word that revival will come to the nation through worship, beginning in hot spots.

Feucht agreed that revival will come through worship and explained the reasons why but he didn’t always have hope.

“For 20 years I spent energy investing my heart in the hardest, darkest nations of the world. I’ve been in most of the persecuted nations but, when COVID happened and everything closed down, I really felt like the Lord gave us our assignment to go after revival.

“What gave me hope was seeing the church in the most fearful, intense, politicized season where there were so many tyrannical government leaders trying to shut the church down, and people refused to comply,” Feucht said.

“Well you know we’re in a such a unique season right now; it’s so politicized. You can feel the demonic agendas rising within government leaders, and so I’ve just been praying that the Lord would expose, bring revelation, and raise up Daniels within the government, (men and women) who are unwilling to bow and to take a stand for righteousness,” Feucht said.

He’s in relationship with leaders in Congress, praying with them and for them regularly.

“Just like I prayed when I was 16-years-old on the (National) Mall, ‘Raise up righteous judges, righteous leaders, God, who (will help) turn the tide in America, God. (People who) would break the death decree of Roe v. Wade, God, that would stand for family values, Lord, that would uphold religious liberties.’

In keeping with the prophetic word that revival will come to America, Feucht said worship and prayer combined are powerful spiritual weapons.

“Well we pray the prayer a lot; it’s a great prayer from Jesus that this place would look like that place. ‘That your kingdom come, your will be done on earth as it is in heaven.’

“One of the most powerful ways to manifest those realities down here is to do what the angels and elders are doing up there,” Feucht said.

There are biblical examples of bringing heaven to earth. “Whether it’s Paul and Silas locked up in prison. They worship and doors open. Not just their doors; it opens every prison door,” Feucht said.

Other examples include Jehoshaphat surrounded and outnumbered by a Midianite army; He prayed and worshipped to victory.

Then there’s Gideon who led a march around Jericho, and others who worshipped and prayed through battle.

Kubal asked Feucht to “pray for worship” to arise in the hearts of people.

“Lord, I just ask that in this season of intensity, division and oppression and anxiety that you would release a grace to worship like never before,” Feucht said.

“We know that we are reaping where we have not sown,” Feucht said.

He pointed out that Isaiah 60 states the glory of the Lord rises on his people even in the midst of great darkness over the land.