Top Posts
Knowing the One Who Always Keeps His Word
Pregnancy Resource Centers Fight For Life Amidst Opposition
This World is Not Our Home
Lessons Learned From a Gingerbread House
Let There Be Peace on Earth
‘I Wanna Dance’ movie: Whitney Houston’s success and...
Fact Finding, Sight Seeing, and Prayer Walking
Kidney donation led to 8 life-saving surgeries
The Power of Curiosity
When Love Came Down at Christmas
Home World Missions ‘Loaves and Fishes’ Appeal Made to Help in Kerala Flooding

‘Loaves and Fishes’ Appeal Made to Help in Kerala Flooding

KERALA STATE, INDIA (ANS – August 30, 2018) — GFA (Gospel for Asia, www.gfa.org ) has issued a ‘Loaves and Fishes’ appeal for support in bringing help and hope to some of the tens of thousands devastated by historic flooding in India’s Kerala state.

With some GFA-supported teams working round the clock, the organization is preparing for a lengthy relief effort following the recent monsoon rains in what the ministry calls a ‘Loaves and Fishes’ appeal to help in the region.

For although the water is receding, countless people face a desperate future after losing everything in the disaster, with homes washed away or flooded, and property and livelihoods destroyed. The standing water has begun to cause health problems, and there are fears of an epidemic.

The huge needs have prompted not only a major rescue-and-relief response but also an example of sacrificial giving that GFA hopes will inspire many others to help some of the victims get back on their feet. 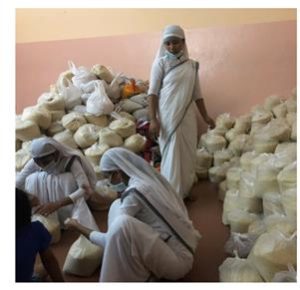 GFA-supported pastors across South Asia have responded to the needs of the flood victims. After hearing how the monsoon rains had ravaged Kerala, one GFA-supported pastor thousands of miles away in Northeast India mobilized support in his area. Together with other GFA-supported pastors and national workers in his region, he created donation boxes and took them to the local marketplace and to shops to raise awareness of the plight of the people in Kerala and ask for help.

Even though many in this distant region are themselves impoverished, they were moved to help and donated a total of almost $400 toward the disaster relief. GFA founder, Dr. K.P. Yohannan, said that he hoped their example might inspire others to support the long-term relief efforts.

“The needs are immense, but every little bit helps,” Yohannan said. “We remember from the story of the loaves and the fishes that Jesus can take what may not seem to be much, and multiply it and use it to touch thousands.”

GFA-supported workers have been involved in a wide range of relief efforts, with around 350 members of two churches asked to assist with a short-handed official government relief project. They are serving through the night, with the goal of helping assemble some 35,000 recovery kits from supplies that came in from across the country. Within the first two days, they assembled 14,000 kits. Each package contains basic food supplies and toiletries to support a family for at least a week.

Elsewhere, staff at GFA-supported Bridge of Hope centers have taken supplies to many in relief camps in some of the most affected areas. They distributed items including blankets, firewood, clothing, food kits, plates and glasses, and helped clean people’s homes.

One of those helped in the relief effort told how the floods left her and her family in great need.

“The water kept rushing in and all my things got destroyed,” said Indira, a mother of three. “There was nothing we could do… The waters have taken it all.”

Yohannan pointed to the example of many young people giving their time to help with relief efforts.

“I have also heard stories of young people who are taking vehicles and moving from place to place and rescuing the people,” he said. “I thank God for these young people in our community. It is a good sign that the youths are growing with compassion and concern for others.”

Yohannan pledged ongoing support for the victims. “Kerala has experienced an unexpected flood and loss,” he said, “but the church will stand with the affected people and will help them in whatever way possible.”

Donations to support GFA’s disaster relief work in Kerala can be made at https://www.gfa.org/flood .