Top Posts
Knowing the One Who Always Keeps His Word
Pregnancy Resource Centers Fight For Life Amidst Opposition
This World is Not Our Home
Lessons Learned From a Gingerbread House
Let There Be Peace on Earth
‘I Wanna Dance’ movie: Whitney Houston’s success and...
Fact Finding, Sight Seeing, and Prayer Walking
Kidney donation led to 8 life-saving surgeries
The Power of Curiosity
When Love Came Down at Christmas
Home ANS Feature Media Missionary Pioneer Dan Wooding Leaves Remarkable Legacy

Christian journalist Dan Wooding, who was the founder of ASSIST News Service and considered a pioneer in media missionary work, died Wednesday morning in the UK, his sons Peter and Andrew Wooding reported. He was 79.

Peter and Andrew stated in a Facebook post to friends that their father “peacefully passed away at 9 am UK time this morning.

“He has left a remarkable legacy to us as a family and to the Christian media community as a true journalistic/missions pioneer who founded Assist News Service. We’d value prayers for our mother Norma Wooding.”

Wooding was struggling over the last couple of years with poor health as the result of complications from Leukemia and the ensuing treatments. He often chronicled his struggles on his Facebook account.

Dan’s wife Norma asks that donations be made to Mercy Projects in lieu of flowers. Thank you. And thank you Dan for your faithful service to the Lord.

In Memory of Dan
Two decades ago, he invited me to lunch to meet for the first time and introduced me to a term that I had never heard of before — media missionary.

Wooding, who was also the host of Front Page Radio on K-WAVE, and author of From Tabloid to Truth was the quintessential media missionary.

He played a large part in sending me on a trajectory that’s led to some very exciting times. I had already missed him a lot after he and Norma moved to the UK a couple of years ago. I would see him often at different media events, Christian gatherings and conferences. Sometimes, we’d share a press box lunch together and I’d pin him down about his tabloid days in the UK, hanging out with British rock stars and the like.

He was an award-winning journalist who was born in Nigeria of British missionary parents, Alfred and Anne Wooding from Liverpool. He had been married to Norma for 57 years. They had lived in the US for 36 years and returned home to be close to their two sons, Andrew and Peter, and six grandchildren, according to ASSIST.

It was only recently, in the last couple of months, that Wooding stopped writing and conducting radio interviews.

“Dan is one of the few Christian journalists to ever be allowed to report from inside of North Korea,” ASSIST states. “His life story has been turned into a screenplay by screenwriter, Claire Hutchinson.”

Believe Pictures producer Brian Bird shared on Facebook that he first met Dan Wooding in 1980 while he was profiling the president of World Vision at that time, Stan Mooneyham.

“Dan was first a famous tabloid reporter and muckraker in the UK before finding God,” Bird wrote. “With his new worldview, he then committed the rest of his life and prodigious journalistic talents to illuminating the stories of the poor, oppressed, repressed and persecuted people all over the globe in order to seek justice for them. … Dan will be remembered as a giant upon whose shoulders the rest of young media types were privileged to stand.”

A. Larry Ross, who is the founder & CEO of the public relations firm, A. Larry Ross Communications (ALRC), posted on his Facebook account on Wedensday that he had just received the sad news that his long-time friend and colleague was “called to glory in the UK early this morning after a hard fought battle with cancer.”

Ross continued, “Dan was a brilliant writer, who was as much of a character as he was a creative talent and committed and faithful follower of Jesus. He was a rare ray of sunshine in an often legalistic culture; everyone who knew him loved his infectious spirit and beautiful heart — he will be missed!

“Prayers for his wife Norma; sons Peter and Andrew; and grandchildren and great-grandchildren, for their personal and our collective loss. I wish I could read the news release being issued in heaven right now!”

Wooding’s sons state that they will give an update on funeral plans in the coming days. 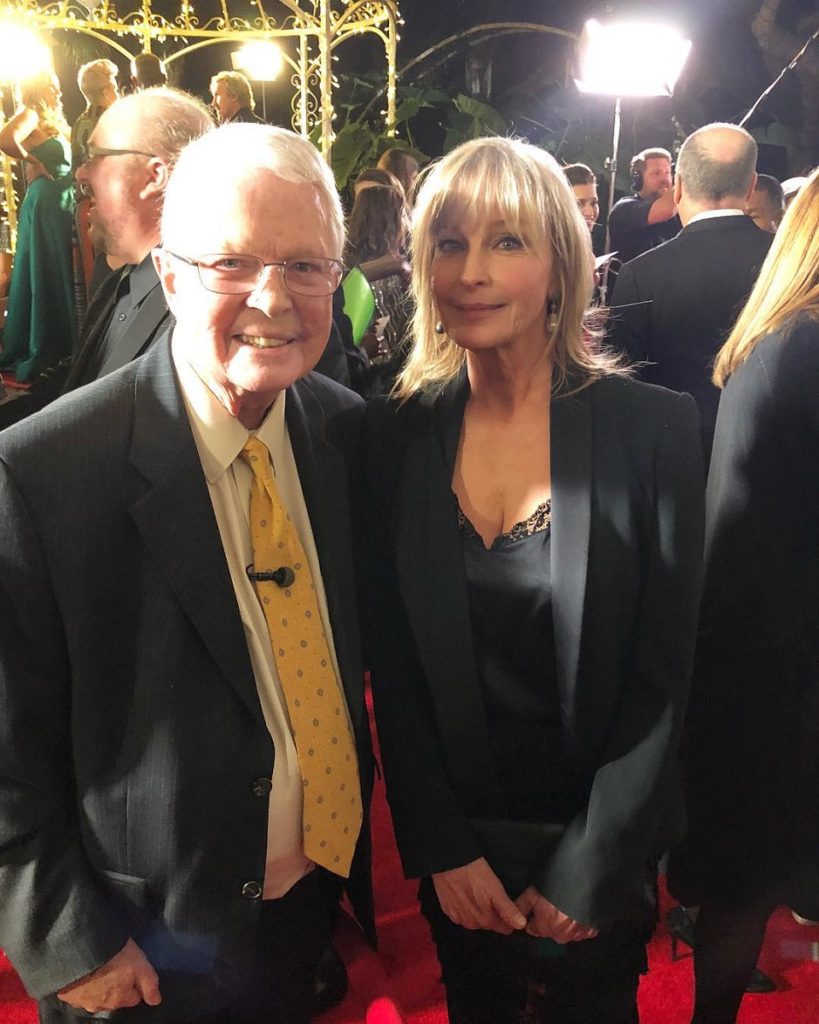