Top Posts
A Walk of Faith Begins with a Step...
God is Rich in Mercy
Everyone has a Story to Share
‘Till’ movie: Racial murder helped spark civil rights...
Leaning His Head On Jesus, This Evangelist Hears...
Timing, common ground, and fruitfulness in witness
Step Out of the Traffic
In Support of Ukraine
Living an Imperfect, Unfinished Life
‘Nothing is Impossible’ movie: Hoops, romance, second chances
Home ANS Feature Reflections on the Life of ANS Founder Dan Wooding

Following the announcement that ASSIST News Service founder Dan Wooding passed away aged 79 on Wednesday March 18, after a long battle with cancer, his son Peter Wooding reflects on his father’s remarkable life and the ongoing impact of his media ministry. 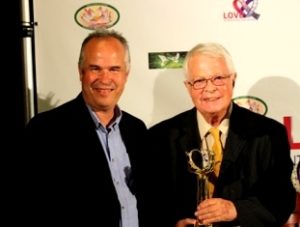 Our family was simply overwhelmed this week by the outpouring of love to my father after we shared the news of his ‘promotion to heaven,’ as our dear friend and OM Founder George Verwer described it.

The family asks that donations be made to Mercy Projects in lieu of flowers. Thank you.

In Memory of Dan
It was such a comfort to hear so many friends and colleagues share on Facebook, how much he touched their lives especially the impact he had on so many people in pursuing their own media ministries.

Growing up as the ‘son of Dan Wooding’ was certainly never a dull moment especially during his Fleet Street tabloid years in the 1970’s as he would often take myself and my brother Andrew along to some of his celebrity interviews, including to the home of well-known pop star Cliff Richard.  He even took us to the home of the Kray twins mother for tea.

But the pivotal moment for myself in pursuing my own career as a journalist was when my he me to see his beloved Birmingham City Football Club play.  He offered me extra pocket money if I would write a report on the game.  That was all the incentive I needed and I never looked back after that.

Once I was established as a broadcast journalist reporting for UCB Radio and many other outlets, I was so blessed to travel on a number of assignments alongside my dad around the world including to India to report on the work of Gospel For Asia following the devastating tsunami there. 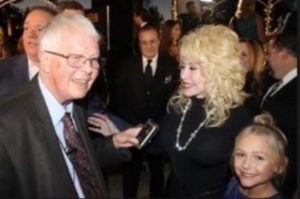 Another highlight was filming my dad’s interviews with the stars of Hollywood on the red carpet at the Movieguide Awards each year run by his great friend Ted Baehr.  Even if he hadn’t heard of some of the current celebrities he always knew how to ‘wing it,’ including when he interviewed well-known hip-hop duo Mary Mary.

Many including myself and my brother Andrew have been inspired over the years at my dad’s pioneer spirit as a journalist.  I remember the early days of when my parents started ASSIST Ministries in the late 1980s before the days of the internet and social media matching pen pals with new Christians in Russia and sending them thousands of Bibles from their tiny offices in Garden Grove, California.  Then when they started ASSIST News in the early 90’s they would literally FAX articles to each individual subscriber. 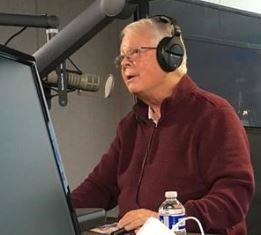 As well as his passion for the persecuted church and launching ASSIST News, my father’s other great love was presenting his weekly show for KWVE ‘Front Page Radio,’ which has run for over two decades now.  I would often enjoy editing his interviews for this show and marvel at some of the incredible stories he would capture including speaking to the man behind the Unbroken movie Louis Zamperini.

Looking back over my dad’s life I’ve been so comforted to receive tributes from people who have also played a significant role in my own life as a journalist.  Here are just a few of those wonderful comments: 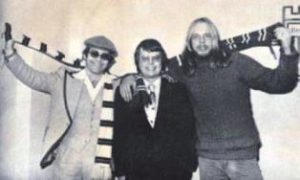 “I have lost a great friend and a man I admired so much. My 51 years of knowing him have left memories that will last forever. He was so proud of his family and rightly so and my heart goes out to you all, but you must be so proud of a man who was so special and occasionally barking mad.”

“I’m grateful to hear Dan finished well and departed in peace. He was a great man whose impact has been felt around the world.  He left a solid legacy and raised two wonderful sons.  Now he’s seeing his Savior, the reward of all rewards.  May we all finish well, as he did.” 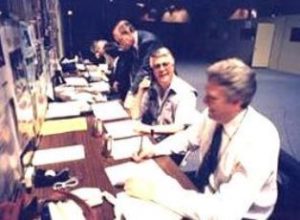 “Dan was a brilliant writer, who was as much of a character as he was a creative talent and committed and faithful follower of Jesus. He was a rare ray of sunshine in an often legalistic culture; everyone who knew him loved his infectious spirit and beautiful heart — he will be missed.”

“I’m thankful for the many ways Dan Wooding helped to share my message globally and how interested he was over the years in our work at Joni & Friends. I’m grateful that God brought him into my life and into the life of my husband Ken. Save a seat at the banquet for me in heaven.” 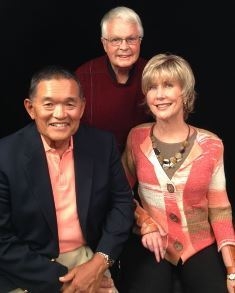 Dan Wooding with Joni and her husband Ken

As I consider the impact of my dad’s life, myself and the ASSIST News team remain dedicated to continuing his legacy by bringing you the important stories of the persecuted church and what God is doing around the world. One of the last things he said to me was:

“Son it’s the end of an era but please continue the work of the ASSIST News Service,” which is what I intend to do.

In closing my mother has asked that anyone wishing to make a donation can do so to Mercy Projects, whose team led by Jeff Thompson have been amazing in continuing to keep ASSIST News going while also helping countless at risk families in Ukraine, Kosovo, Armenia and beyond.  Donate here: Mercy Projects