Top Posts
Knowing the One Who Always Keeps His Word
Pregnancy Resource Centers Fight For Life Amidst Opposition
This World is Not Our Home
Lessons Learned From a Gingerbread House
Let There Be Peace on Earth
‘I Wanna Dance’ movie: Whitney Houston’s success and...
Fact Finding, Sight Seeing, and Prayer Walking
Kidney donation led to 8 life-saving surgeries
The Power of Curiosity
When Love Came Down at Christmas
Home ANS Feature A Hero: Remembering Dan Wooding

ALBUQUERQUE, NEW MEXICO (ANS)—There are heroes and then there are Heroes.  The first group consists of sports stars, politicians, and public figures that—by their public presence—stand at the forefront in the media.  This group may or may not do anything spectacular for the designation hero but are given the title because they are public figures.

The second group, on the other hand, deserve the title.  They are individuals who transcend the public figure designation, going the extra mile to do something great and gallant in the world. 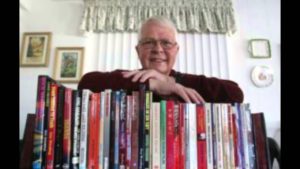 Dan with the many books he wrote.

Dan Wooding was a Hero.

I first saw Dan from the stage. He was helping promote Rick Wakeman’s New Gospel tour, as I described in an earlier article I wrote about Dan’s extraordinary life.  Little did I know at that time Dan was Rick’s first biographer.

Our first official meeting happened in my office at Calvary Chapel Costa Mesa.  I couldn’t believe what was coming out of Dan’s mouth—not swear words—but the stories! He’s seen and done it all.  From Billy Graham, Mother Teresa, U.S. Presidents, and Coretta-Scott King to criminals and African dictators! 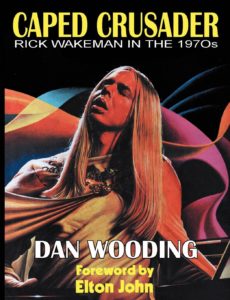 Dan then asked me to write for Assist News.  I accompanied him on several of his Hollywood escapades.  Here’s how Dan described our first story together:

“I distinctly remember the first time I brought Brian with me to cover a journalism story.  It was in Beverly Hills, California.  I was doing an article on the actress Jane Russell, the woman often compared to Marilyn Monroe.  I asked Brian to find a complimentary story.  He determined to write about Russel’s companion, a cowboy from New Mexico.  And the angle Brian took?  He wrote about the gentleman’s ostrich boots!  I knew then and there Brian has a unique eye, looking at things many of us to don’t see or overlook…”

I’m honored that I’ll be able to include Dan’s endorsement in my forthcoming book Tilt: Finding Christ in Culture (Cascade).   The book took shape largely because of Dan.  He encouraged me to get out into culture and write about it.  And write I did—for Dan, ANS, and myself—for roughly sixteen years; an adventure too grand to put into words.  To say the least, Dan is thanked as my writing mentor in the book. 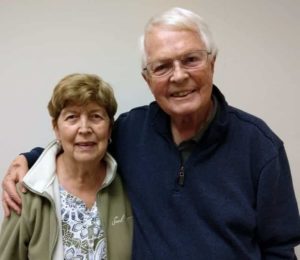 Shortly after I began to write for Dan and ANS, Dan and Norma asked me to sit on the ANS board. I obliged.  It was the least I could do.  It was marvelous to co-labor beside Dan and Norma.  Many years—no, most years—was a venture of faith, trusting God to provide. But God always delivered.

And when Dan and Norma joined us at our home for tea and conversation, I knew then and there that I found a life-long friend.   From then on, our life together was intricately linked via journalism, ministry, and ANS.  Monthly calls, yearly meetings, and regular gatherings were common for us.

And the one salient feature of all our meetings were Dan’s amazing stories.  How he got in to meet members of the Beatles; how he entered North Korea and Cuba; how God opened up this door and that door.  Story after story.  And if you think about it, that what Dan Wooding was: a storyteller.  He used his journalism as a means to communicate a life well lived. 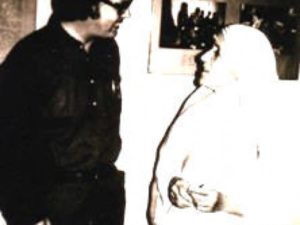 So, yes, it’s hard to put into words what Dan Wooding meant to me.  Journalist. Mentor.  Co-laborer. Friend. All these words are part of our relationship. Yet, Hero is the best that describes his valiant, Christ-honoring life. 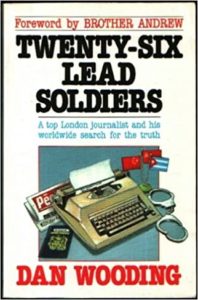 I leave you with the back text of Dan’s book, Twenty-Six Lead Soldiers.

“Dan Wooding always loved words, and the twenty-six ‘lead soldiers’ of his typewriter keyboard started him on a journalist’s career that seemed to reach its peak in Fleet Street, London, Great Britain’s newspaper mecca…And then he just walked out on his career to help run a news service…[that] took him…around the world.”

True, Dan loved words and words took him around the world.  We are thankful for that. But most importantly, Dan loved the Word, and the Word took Dan to his new home, heaven.

Dan may have beaten many of us to heaven, but, oh, the stories Dan will tell when we arrive!

We miss you Dan.  Thank you for your life, your ministry, and your words.  We will remember, a Hero.