Top Posts
Knowing the One Who Always Keeps His Word
Pregnancy Resource Centers Fight For Life Amidst Opposition
This World is Not Our Home
Lessons Learned From a Gingerbread House
Let There Be Peace on Earth
‘I Wanna Dance’ movie: Whitney Houston’s success and...
Fact Finding, Sight Seeing, and Prayer Walking
Kidney donation led to 8 life-saving surgeries
The Power of Curiosity
When Love Came Down at Christmas
Home ANS Feature Middle East Christian Converts Receive Bullet Death Threats

London, UK (ANS) – Christian charity Help The Persecuted recently discovered that a young man who had been living in one of their Safe Houses in the Middle East received a bullet in the post with a note saying: 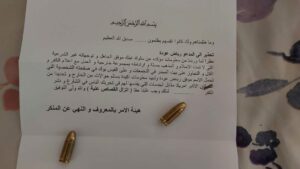 ‘If you do not revert back from Christianity, you will be destined to death.’

The same day, the father of a friend who the young man has been discipling received two bullets in the post with this letter:

‘This letter is a warning. We have received confirmed information about the behavior of your ignorant son and his views that are against Islam. We are aware of his connections with a group of infidels. He has been dealing with Americans and we are going to have to punish him. May God help us to execute him.’

“It seems unbelievable to us, but this is what many of our brothers and sisters in Christ face in the Muslim world. The pressure and persecution are intense,” explains Joshua Youssef, President and CEO of Help The Persecuted, a ministry that goes to great lengths to Rescue, Restore, and Rebuild the lives of persecuted Christians in countries hostile to the Gospel. 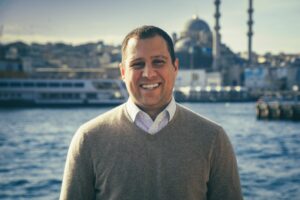 He added: “Pray with us today for the two young men. Pray for protection and that as they stand firm against these threats, that Jesus would be lifted up and many more would be drawn to Him — including those who wish to do them harm. It is humbling to serve brave Christians like these young men.”

On 7th July, during the week of the UK government’s major human rights conference to urge increased global action on Freedom of Religion or Belief (FoRB), there will be an opportunity to hear more about the work of Help The Persecuted in the Middle East when Joshua Youssef and team will be hosting a 3rd Year UK Anniversary Celebration event in London.

Joshua concluded: “This will be an inspiring evening when you can hear updates from our Field Ministry Team members about what persecution looks like today for followers of Jesus Christ in hostile places, and God’s incredible life-changing work.”

Millions of Christians around the world have lost their homes, their livelihoods, and their families to persecution. Many more are forced to evacuate and leave their entire lives behind. When lives hang in the balance, every minute counts. That’s why Help The Persecuted has embedded in the field those who can help Christians in-person at a moment’s notice. Since launching the charity has delivered practical and spiritual support to over 135,000 vulnerable people to address their most urgent needs, including:

Joshua Youssef is the President and CEO of Help The Persecuted. Previously, he served for seventeen years at the global media ministry, Leading The Way with Dr. Michael Youssef, with operations in twelve countries and millions of beneficiaries. It was there that he witnessed first-hand the stark reality of Christian persecution, especially in the Muslim world, and was burdened to help persecuted believers in both spiritual and tangible ways.