Military Complicit in Attacks on Christians

JOS, NIGERIA (ANS – Nov. 30, 2018) –  Military is complicit in attacks on Christians in Nigeria according to Christian leaders meeting with President Muhammadu Buhari in Abuja, Nigeria this month.

In an attempt to correct false narratives about violence, the church leaders delivered a sharp rebuke to the President, Morning Star News reported. 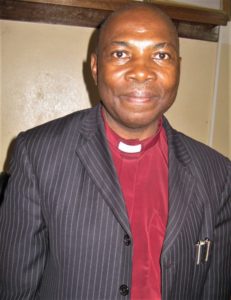 The Rev. Dacholom Datiri, president of the Church of Christ in Nigeria

With the governor of Plateau state in attendance, the Rev. Dacholom Datiri, president of the Church of Christ in Nigeria (COCIN), delivered a report to Buhari at the presidential villa on Nov. 6 stating that 646 Christians in Plateau state alone were killed from March through October.

“The narrative has been that these people are killed by unknown gunmen, or suspected herdsmen, or that there have been farmer-herders clashes,” Datiri said in the report, obtained by Morning Star News. “All these are deceptive narratives deliberately framed to conceal the truth and continue to perpetrate the evil.”

The truth, he said, is that Muslim Fulani militias heavily armed with sophisticated guns, including AK47s, machine guns, and rocket-propelled grenades have attacked and killed Christians.

“After the attacks, it is the Fulani herders that settle and graze their cattle on the farms of the victims,” Datiri said in the report to the president. “The proficiency and mode of operation in all of these attacks, as testified by the surviving victims, leaves us in no doubt of the complicity of the military being used as hired mercenaries by the Fulani militias. On this, we are disappointed, and sadly so, that the government has not delivered on her constitutional responsibility of protecting lives and property.”

Datiri said the herdsmen in collaboration with Boko Haram jihadists and other Muslim militants in the areas of Barkin Ladi, Riyom, Bassa and Bokkos destroyed 30 church buildings and 4,436 Christian homes, sending 38,000 Christians into 10 camps for displaced persons from March through October.

“Are we to believe that the armed forces sent to keep peace go with the instructions to protect them?” Datiri said. “The implication is that they protect the aggressors and leave the victims mercilessly helpless.”

Datiri pointed out that as the figures pertain only to Plateau state, they do not include those killed by Boko Haram in northeast Nigeria.

For his part, Plateau Gov. Simon Lalong reportedly faulted Muslim and other community leaders for compounding the crisis of violence in the state by hiding criminals.

Buhari, a Fulani Muslim, responded to the Christian leaders by saying he did not doubt COCIN’s report on the atrocities committed against their communities.

“The communities (in Plateau) have lived long enough to know that there is nothing they can do without each other than to live together in harmony,” Buhari said. “As leaders, we must persuade the upcoming generation using every channel, particularly the educational institutions, to live together with our neighbors.”

Christian and Muslim leaders have to work harder to convince the upcoming generation that they must live together in the same country, Buhari said.

“It is not all Muslims that are against Christians, and neither are all Christians against Muslims,” he said. “In our security arrangement, the police is in the frontline in making sure that communities irrespective of ethnic or religious bias live together in peace.”

Datiri told Buhari the church in Plateau state has been under siege for 18 years, bringing the 3 million COCIN members of the 104-year-old church to their knees across central and northern Nigeria.

“We are here to tell you the truth with the hope that it will help you to make adjustments and take appropriate action,” he said. “We are aware that you might have received several false and misleading information regarding the perennial crises. It is our hope that you will oblige us to tell you our concerns and pains affecting us and make suggestions that will bring about positive impacts on your government.”

With about 65 percent of the population of Plateau state belonging to the COCIN, the church leaders have first-hand knowledge of the true facts on the ground, he said.

“Your excellency, in the last 18 years, COCIN as a denomination has suffered destruction of lives and property more than any church or any community,” Datiri said. “The devastation in terms of massacre of lives and destruction of property is unimaginable. Pastors and members in their thousands have been killed in cold blood, either shot dead or slaughtered like animals or burned to death. Houses and businesses have been burned or looted and farmlands have been destroyed.”

COCIN has also suffered in the northeastern states of Yobe, Borno (in Maiduguri, Gwoza and Chibok, for example) and Adamawa states, he said.

In the Tafawa Balewa and Bogoro counties of Bauchi state, where more than 90 percent of the population belongs to the COCIN, thousands of lives have been lost and billions of naira in property destroyed, Datiri said.

In Plateau state, where thousands of lives and billions of naira in property have also been lost, the devastation this year has been incredible, he said.

“Even on the day you visited Jos in March and launched the Peace Roadmap, your excellency, lives were being massacred in Bokkos and Bassa Local Government Areas,” Datiri said. “And in June, over 300 people (about 350) were massacred, slaughtered in cold blood over a period of three days in Barkin Ladi and Riyom Local Government Areas. Since then, almost on a daily basis, people are either ambushed and shot dead or attacked in their homes and killed in cold blood or killed on their farms.”

The COCIN leaders sought the meeting with Buhari to correct misinformation about the nature of the violence, he said. They urged Buhari to take urgent measures to end the carnage and to rehabilitate and resettle displaced Christians.

“We have a lot of our members in the IDP camps and others living with relatives in other communities,” Datiri said. “There is an urgent need for them to return back to their homes to continue their farming activities, which is their main source of livelihood. Their lands and homes need to be recovered and rebuilt.”

The Internally Displaced People are depressed and broken and need rehabilitation, he said.

“They need to be reassured that the government is concerned of their welfare. Economically, they need to be re-equipped with farming tools, fertilizers and seeds,” he said. “The church has always been the last hope for the poor, downtrodden, depressed and broken. It is the first place for rehabilitation. If the IDPs are resettled in their various communities, their usual meeting points are their churches, schools and hospitals established by the same church. The church buildings and institutions should be rebuilt.”

Finally, he called on the government to secure the release of kidnapped Christians, including Leah Sharibu, a high school Christian abducted along with more than 100 other girls from Dapchi in February but not released with the others because she refused to recant her faith.

“We call on the federal government to take every adequate measure in ensuring their safe release from their abductors,” Datiri said.

About 100 of 276 girls kidnapped by Boko Haram from the town of Chibok, in Borno state, in 2014 are still missing.

Boko Haram, whose name is loosely translated as, “Western education is a sin,” has fought for more than nine years to impose Islamic law on all of Nigeria, killing tens of thousands of people and displacing more than 2 million. Boko Haram militants reportedly warned parents of the returned Dapchi girls not to send their daughters back to school.

In 2015 the Nigerian military began taking back most of the territory Boko Haram had controlled, but many areas remain, and the terrorists are still mounting isolated attacks. Jubilee Campaign reports that, according to figures from the Stefanos Foundation, Boko Haram in 2017 took responsibility for attacks that claimed more than 650 lives.