Jacksonville, USA (ANS) – After looking at the future of their onsite media workshops in the next three to five months in India and Africa MobileTrain.co is partnering with the Global News Alliance, to provide a series of free online courses. 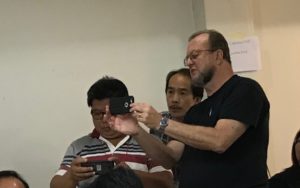 He added: “Each stream has five unique courses of eight modules each. Each course is self-paced in that the student reads and watches visual resources and does both written and production assignments without day to day involvement of a Learning Facilitator. These courses were developed from years of teaching media production both in the USA and in Asia and Africa.”

The courses include the following: 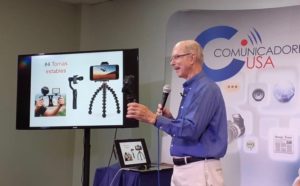 “If God were to ask you today, as he asked Moses at the burning bush, ‘what is that in your hand?’, how would you answer?” explains Global News Alliance Director Stan Jeter.

He explains: “Moses was holding a shepherd’s staff, which God would later use as liberated Israel from Egyptian bondage.  We don’t have a staff in our hands–we have smartphones that God also wants to use to reveal his power!

“As a TV News producer for many years, I never dreamt that all the cases of equipment we had to lug around to produce a story would one day be replaced by a slick 3×6 inch phone/camera, a video production studio in our pocket!

“The online Mobile Journalism courses we are offering on MobileTrain.co will change the way you use your smartphone, equipping you to shoot, edit and upload complete video stories.  You will build a foundation for reporting news, feature stories, testimonies, missions trips, the community outreach of your church and much more as you study the production techniques and story-telling principles in these online lessons.

“As founder of the Global News Alliance, an online video news service, I can visualize an army of citizen journalists tracking down the world’s most under-reported news–stories of God at work!  Whether you feel God calling you as a video journalist or simply want to tell great video stories, take advantage of this training, work to develop your smartphone skills, then practice, practice, practice.  You will become a blessing to your church and potentially, to the global GNA audience as well.”

Easter Across America: It’s Time to Put Pandemic on Pause