Top Posts
Knowing the One Who Always Keeps His Word
Pregnancy Resource Centers Fight For Life Amidst Opposition
This World is Not Our Home
Lessons Learned From a Gingerbread House
Let There Be Peace on Earth
‘I Wanna Dance’ movie: Whitney Houston’s success and...
Fact Finding, Sight Seeing, and Prayer Walking
Kidney donation led to 8 life-saving surgeries
The Power of Curiosity
When Love Came Down at Christmas
Home ANS Feature Open Doors Marks 40th Anniversary of China’s One Million Bibles Miracle

Witney, England (ANS) – Christian charity Open Doors is today (June 18, 21) marking 40 years since they coordinated one of the largest ever single Bible distributions into China. 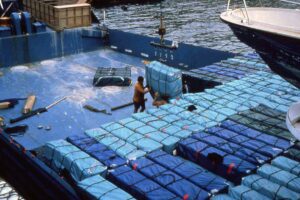 On June 18, 1981 through a series of remarkable miracles Project Pearl saw a million Bibles secretly unloaded from a barge onto Pearl Beach on the Northwest Coast of China in one night. The whole story is told in the book written by ANS Founder Dan Wooding called God’s Smuggler to China.

It started with a request for 30,000 New Testaments. Mama Kwang led a wide house church network in China, after her husband was put in prison for his faith. Bibles were banned in China, but there was an enormous hunger among the underground church to be able to access the Word of God. Mama Kwang requested 30,000 New Testaments to answer an immediate need – and these were smuggled by Open Doors workers over the course of ten days. But Mama Kwang knew that this was only a short-term measure. 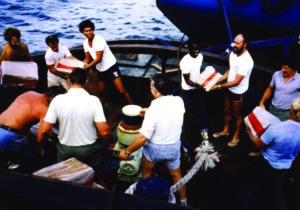 “Thank you so much for these New Testaments,” she said, “but we’re still short. If every Christian we know is to have a Bible, we need one million Bibles.”

And so Project Pearl was born. The project is named after Matthew 13:45, where Jesus compares the Kingdom of Heaven to a pearl of great value. Taking a million Bibles was a daunting task, but the leaders of Open Doors in 1981 were filled with faith that God would enable them to undertake this mission.

Twenty Open Doors workers from around the world came together into a crew to deliver the Bibles. Nineteen of them hadn’t even been to sea before. Mama Kwang had asked them to bring them to a beach just south of a city called Shantou, which had a high population of Christians. They would only have two hours to unload all one million Bibles.

“Every single of about maybe 30 steps there was a roadblock. And every time by the deadline we had to have that roadblock out of there and so we saw God do so many miraculous things that by this time we were totally convinced that God was in this project,” remembers Paul Estabrooks one of the Open Doors staff members who was part of Project Pearl.

This provision of Bibles had an astonishing impact in China. God’s timing was perfect – the million Bibles came just as the house church movement in China was mushrooming across the country. Estabrook now owns one Bible that had been used by a young pastor and evangelist – using that one Bible, he had grown a network of 400,000 believers.

“It’s just incredible. The Christians said it was what really fuelled the revival and the growth of house churches,” says Estabrook. “We didn’t know that would happen – it was because of God’s timing. We met the request that came to us, but the side effect was absolutely miraculous. It was just the right time to have all of these Bibles available for believers in China.” 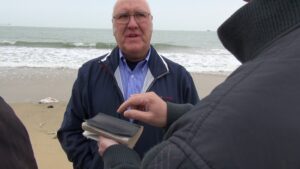 Since Project Pearl in 1981, there have been periods of relative freedom for Christians in China – but today, religious restrictions have again been imposed on Christians to curb the phenomenal growth of the church. It’s still number 17 on the Open Doors World Watch List of countries where Christians face the most extreme persecution. In just three years, China has risen 26 places on the list. Open Doors still supports believers in China with persecution survival training, and by providing contextualised Christian literature to believers from Muslim and Buddhist backgrounds.

While China’s measures to oppose Christianity may not be as harsh as those used in some parts of the country’s history, various regulations have been introduced to make things increasingly difficult for Christians. Printed Bibles are only available in bookstores of government-sanctioned churches. Bibles can be read online, but the sale of printed Bibles online is prohibited.

“I am very aware that persecution is getting worse. I won’t be surprised if bulk purchase of Bibles becomes more and more difficult,” says Zhang Ming (name changed), a young Christian in China. “But I’m not anxious. In fact, I’m full of hope, because the Bible’s prophecies and promises have prepared us for what is to come. We can’t possibly withstand persecution and hardship by ourselves, but by trusting the Lord we will be victorious.

“When I think about Project Pearl, and the way Christians around the world came together to raise money so it could happen, I praise God. This is one of the biggest miracles of the story! If it were not for the Holy Spirit’s work this would be impossible. Praise God!

“Please pray with us for China. Ask God to prepare people’s hearts and to open doors for Chinese Christians. Pray for an increase in workers and harvesters for the gospel. Pray that God raises up more young believers to spread the gospel.”

You can watch a video report produced by our friends at the Global News Alliance here: