Mob calls for his arrest and his head to be “severed”

SHAHDARA, LAHORE, PAKISTAN (ANS – February 19, 2018) — Patras Masih, a 16-year-old Pakistani Christian male teenager, has been accused of having committed blasphemy after it was alleged that he had shared a “blasphemous” post on his Facebook.

Mr. Masih is a resident of Dhir, a village on the outskirts of Shahdara, a town, which is about 15.5 miles from the Pakistani eastern city of Lahore.

Saleem Iqbal, a Pakistani Christian rights activist, told this correspondent by phone that rumours had been circulating for a couple of days that Masih had allegedly committed blasphemy by sharing a “blasphemous” image on his Facebook.

Iqbal, who said he was present at the scene, told ANS that the mob demanded that Masih’s head be severed because he has committed “blasphemy” against Prophet Muhmmad.

Iqbal went on to say that the mob later marched to the Shahdara police station, and recommenced chanting “anti-Masih” and “anti-Christian” slogans. They [the mob] also pressured the police to file a First Information Report [FIR] against Patras Masih,” Iqbal told ANS.

According to Iqbal, the police then registered an FIR against Masih after having bowed under the mob’s pressure.  “I can confirm that an FIR has been registered, and has subsequently, been sealed by authorities,” he stated.

Iqbal revealed that the Muslim mob eventually dispersed after Rangers arrived at the scene. He, [Iqbal] however, disclosed that the mob later re-emerged outside the house of the Christian teenager. 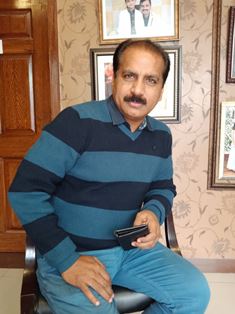 When ANS asked Iqbal if the police had arrested Masih, he said that there were some unconfirmed reports that Masih had been arrested, but he also stated that, according to his sources, Masih has gone in hiding.

The situation on the ground was described as “tense” by Iqbal. He stated that the accusation of blasphemy on the Christian teenager has sparked “fear”, and “uncertainty” amongst Pakistani Christians of “Dhir” village.

Iqbal stated that he was “concerned” over the growing misuse of Pakistan’s blasphemy laws. He maintained that the laws were being abused to settle personal scores by the “powerful” against the vulnerable Christians, and other religious minorities of Pakistan.

Asked if those who alleged that Masih had committed “blasphemy” had any ulterior motive, Iqbal said, that it was not clear at this stage, stating that police investigation will establish if Masih’s accusers had any hidden agenda.

Iqbal said that the local Christian community feels “unrepresented” and “leaderless,” alleging that no minority [non-Muslim] member of parliament had arrived at the scene.

“They would have felt empowered,” said Iqbal, echoing the sentiments of the local Christians. “They would have thought that there is someone who cares about them. It would have let them feel that they are not alone.” 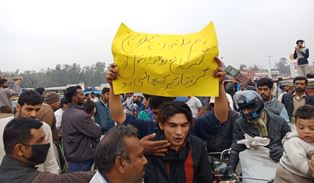 Asked if the Pakistani electronic media had covered the incident, Iqbal stated, that it seemed that they had chosen not to cover it. When this correspondent asked Iqbal if it was not the ethical and professional responsibility of the media to give news coverage to the incident, Iqbal stated that it was. However, he stated: “The media is also fearful of the religious clerics in Pakistan.”

ANS understands that the room for debating Pakistan’s deeply controversial laws is rapidly shrinking in Pakistan, and it has become next to impossible to debate these draconian laws, despite the death and destruction the disputed laws, over the decades, have wreaked on both Muslim and non-Muslim citizens of Pakistan.

In 2014, a young Pakistani Christian couple, Shahzad and Shama were beaten, and then burned to death by a mob in the village of Kot Radhakishan, about 55 km (34.18 miles) south of Lahore, after they were accused of desecrating Muslim holy book.

Last year, Mashal Khan, a 23-year-old Pakistani Muslim student of journalism, was seized from his dorm room by a mob that stripped and beat him, then shot him dead after he was accused of offending Islam. Khan reportedly had a heated discussion at his university in Mardan in north-western Pakistan days before he was killed. 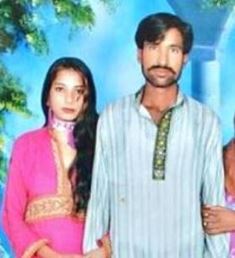 Offences pertaining to religion in Pakistan were introduced in the colonial era in British India which included the territory that is now Pakistan, under the premise of reining-in religious violence between Hindus and Muslims.

General Zia-ul-Haq, the late military dictator of Pakistan (1977-1988), introduced additional laws from 1980 to 1986. These laws continue to be abused, since their introduction, and have attracted criticism from human rights organisations in Pakistan, and around the world.

In 2009, Asia Bibi, a Pakistani Christian woman, and a former farm hand, was accused by her the then Muslim women co-farm workers of having committed blasphemy after Ms Bibi reportedly drank water from a glass which belonged to her Muslim colleagues.

In 2010, Ms. Bibi was given death sentence by a trial court. The High court subsequently upheld her death sentence, and her appeal is currently pending with the Supreme Court of Pakistan.