Top Posts
When Love Came Down at Christmas
A Walk of Faith Begins with a Step...
God is Rich in Mercy
Everyone has a Story to Share
‘Till’ movie: Racial murder helped spark civil rights...
Leaning His Head On Jesus, This Evangelist Hears...
Timing, common ground, and fruitfulness in witness
Step Out of the Traffic
In Support of Ukraine
Living an Imperfect, Unfinished Life
Home World MissionsPersecution Pastor shot dead outside church in India 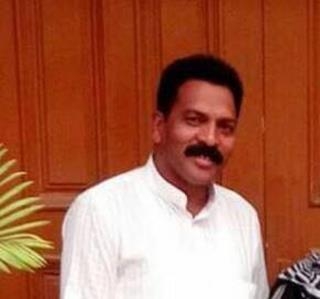 The British Pakistani Christian Association (www.britishpakistanichristians.org ) parishioners of the Temple of God Church in Salem Tabri locality of Ludhiana rushed to help Pastor Sultan Masih and tried to stem the blood loss, also driving him to the nearest hospital.

BPCA noted that Masih’s son, Rahul Masih, said his father, who was in charge of the Temple of God Church, had been living there for the last 30 years and had no enmity with anybody.

A Police investigation is underway, however, the pastor is not known to have any enemies. Local Christians believe this is a hate attack based on the increasing persecution of Christians in India.

BPCA says incidents of persecution of Christians in India has risen over the past year, pushing it up to No 15 on the 2017 Open Doors World Watch List, up from 31 four years ago.

BPCA explained that India experienced a huge escalation of attacks on its Christian minority in 2016. Attacks on Christians are led by Hindu nationalists acting largely with impunity whivh is a growing concern since the election of President Nahendra Modi in 2014. Just over 2 percent of the country’s population is Christian, and nearly 80 percent of Indians are Hindu.

In analysis of the situation Christians face in India, BPCA says that since the election of Modi, national and provincial authorities “tacitly permit persecution of a deprived Christians in India.” Religious nationalists feel empowered under Modi, who as a teenager joined Rashtriya Swayamsevak Sangh (RSS) — a known Hindu fascist group – “whose main aim is to turn India into a Hindu superpower and whose most revered alumni is Nathuram Godse, the fanatic who assassinated Gandhi.

BPCA went on to state that Modi’s political party, Bharatiya Janata party (BJP), once called a three-day strike after alleging Pakistan’s secret services were responsible for the death of 58 Hindu pilgrims in a burning train carriage — a claim that was unsubstantiated. The bloodiest anti-Muslim pogrom in modern history ensued in which Hindu men dragged wives and daughters onto the streets to be raped. It is estimated that between 1,000 and 2,000 people were killed and tens of thousands found themselves homeless.

According to BPCA, religious nationalists increasingly attempt to forcibly convert non-Hindus to their dominant faith, “willing to use violence at the drop of a hat, when community discrimination and non-violent oppression fail to impose their religious beliefs on minority Christians.”

The group states Christians face huge socioeconomic problems, a consequence of decades on uninhibited oppression, many coming from the lowest social class the Dalits and, as such, have always been an easy target for Hindu fundamentalists.

Responding to the killing, Wilson Chowdhry, Chairman of the BPCA, said: “This unprovoked attack on a Christian Pastor before many members of his congregation is an attack on religious freedom. It resonates with the hatred Christians face on a daily basis in a nation that is becoming increasingly polarized under Modi’s government.

“Pastor Sultan Masih’s name is added to a growing list of Christian martyrs across the globe and I will be praying for succor for his family and friends,” he said in an email to ASSIST News Service (ANS) www.assistnews.net .

“Increasing attacks on Christians in India are a cause for international concern, yet since ending the 10-year diplomatic boycott of Narendra Modi in 2012, Britain has forged strong diplomatic ties with him, fermenting an unwillingness to condemn the known human rights atrocities under his regime.

Chowdhry concluded: “With nations in the west increasingly basing international diplomacy with India on financial grounds little will be done to stem increasing non-Hindu hatred. Ominously this means assassinations of innocent Christian pastors in India are set to rise.”

Please sign the BPCA petition against violence toward Christians: http://www.getpetition.com/petitions/stop-persecuting-christians-in-india

About the Writer: Michael Ireland is a volunteer internet journalist serving as Chief Correspondent for the ASSIST News Service, as well as an Ordained Minister who has served with ASSIST Ministries and written for ANS since its beginning in 1989. He has reported for ANS from Jamaica, Mexico, Nicaragua, Israel, Jordan, China, and Russia. Please consider helping Michael cover his expenses in bringing news of the Persecuted Church, by logging-on to: https://actintl.givingfuel.com/ireland-michael