Top Posts
Knowing the One Who Always Keeps His Word
Pregnancy Resource Centers Fight For Life Amidst Opposition
This World is Not Our Home
Lessons Learned From a Gingerbread House
Let There Be Peace on Earth
‘I Wanna Dance’ movie: Whitney Houston’s success and...
Fact Finding, Sight Seeing, and Prayer Walking
Kidney donation led to 8 life-saving surgeries
The Power of Curiosity
When Love Came Down at Christmas
Home ANS Reports Persecution Rising in India 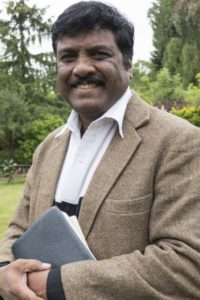 where Christians were targeted in 2019.

Release says in the first two months of 2020, the EFI recorded more than 40 attacks against Christians. They write: ‘Most incidents are physical violence, threats, harassment and the disruption of church services by religious radicals or the police.

‘Disruption of prayer meetings and Sunday worship is now a trend across many states. Many Christians have been falsely accused and detained on charges of forced conversion.’

The United States Commission on International Religious Freedom has also verified that religious hate crimes in India are rising. Its latest report states: ‘Mob violence was carried out against Christians under accusations of forced or induced religious conversion.’

Release International, which supports persecuted Christians worldwide, has named India as a country of concern.

‘In the face of growing Hindu nationalism, Christians are increasingly becoming targets for violence and attacks on their churches,’ says Paul Robinson, CEO of Release.

‘We ask the Indian government to acknowledge the growing violence and act to protect its Christian minority. It should repeal the anti-conversion laws, which are being used to stir up religious hatred.’

Release is working with partners to support Christians facing violence. Christians make up little over 2 per cent of the population of India.

Right-wing Hindu groups are angered by the growing number of conversions to Christianity by the Dalit underclass. There are between 250 and 300 million Dalits in India today. The Dalits are sometimes referred to as ‘untouchables’ and often seen as sub-human.

They are assigned the most menial jobs in society because many Hindus believe that extreme poverty is the Dalits’ ordained lot in life.

But growing numbers of Dalits are responding to the Christian message that they are loved and valued. And that gospel message won the heart of Release partner Kumar Swamy:

‘In my childhood, I constantly used to hear my mother saying we are Untouchables – ‘subhuman’ is the word she used – I vividly remember – that we are not human beings. And that’s how I grew up, constantly hearing from my own mother that I am a subhuman, I am not a real human being.

‘So I have seen myself, as a Dalit, that it is only the gospel that gives value to human beings. There is dignity in the gospel – and that’s what every Dalit longs to hear. He wants to be treated as a human being.

‘The gospel is the answer to the problems of the Dalits – this gospel, which has the power to liberate, give dignity, hope and true liberty.

‘When a Dalit hears that he or she is created in the image of God, they realise there is a God who treats them equally. Dalits are coming to Jesus Christ in large numbers.’

‘Please pray for India,’ says Kumar. ‘Our prayer is that in spite of the persecution, the Church of Jesus Christ in India will stand strong on the word and continue to witness. That we will not fear and not be intimidated, but will continue to be courageous and to stand firm. This is our calling as Indian Christians.

‘We are thankful to God for the partnership of Release International. It is precious. We do not take it for granted, because they are coming to stand with us, not just in prayer, but with practical help.’

Release Partner, the AICC, is a nationwide alliance set up in 1998 to give a united voice to Indian Christians. It cuts across denominational barriers to prevent the growing violence against the Christian minority.