Top Posts
Pregnancy Resource Centers Fight For Life Amidst Opposition
This World is Not Our Home
Lessons Learned From a Gingerbread House
Let There Be Peace on Earth
‘I Wanna Dance’ movie: Whitney Houston’s success and...
Fact Finding, Sight Seeing, and Prayer Walking
Kidney donation led to 8 life-saving surgeries
The Power of Curiosity
When Love Came Down at Christmas
A Walk of Faith Begins with a Step...
Home ANS Feature Prince Philip: a servant in the shadows 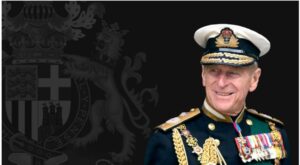 Prince Phillip a servant in the shadows.

London, England (ANS) – UK evangelist and author J. John has paid tribute to Prince Philip who passed away at the age of 99 last week.

“I confess to having followed the life of Prince Philip with some interest. After all, we both started life as Greeks, were born on islands, brought up in the Orthodox Church and ended up as very British Anglicans,” reflects J. John who is a Church of England Canon.

“In fact, trying to add anything meaningful to the mountain of material generated by the passing of Prince Philip is a daunting task. Nevertheless, I think one aspect that has not been considered adequately is his extraordinary role as a servant. In Christian circles we frequently pay lip service to the idea of being a servant. Although it’s a concept that is easy to embrace in an age and culture where most of us are unfamiliar with the practice of being a servant, I do wonder whether we understand the reality. To be a servant demands two things: first, you must make the needs of someone else your priority; second, you put yourself in a subordinate position. To make your well-being second to someone else’s is a tough call. 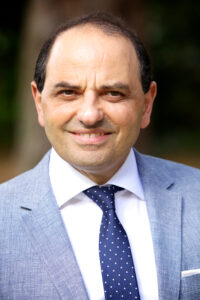 “Prince Philip became a servant and played the role well. And let me remind you, it’s not a task he was born to. With his origins within Europe’s noble families, his outstanding education and his natural gifting of courage and intelligence, he was born to be a leader not a follower. In another time and place one can well imagine him as the respected monarch of some European kingdom. To be forced to walk ‘two steps behind’ was never his natural position in life. Indeed, he may well have had some expectations of not having to play the role of consort to Her Majesty until much later in life: after all, George VI was only fifty-six when he died. The result was, however, that within five years of his marriage Prince Philip found himself thrust not so much into the limelight as into the shadows. And there he stayed, loyal and supportive, for nearly seventy years.

“We don’t need the imaginations of The Crown to know that being consort to the Queen was not an easy role to play. The press has made much of Prince Philip’s occasional gaffe but there must have been countless occasions when he was forced to bite his tongue. I do wonder how often when, safe in the privacy of Balmoral or Buckingham Palace, he let off a steam of frustration at all that he had been forced to endure. Convention demands that the monarch is above criticism; there is no such protection for her spouse and Prince Philip took a lot of abuse. To choose to be a servant is to offer yourself as a sacrifice.

“Prince Philip’s life reminds us that as Christians we are to be servants. In an age of celebrity culture, taking a step back does not come easily. The Greek word for servant or slave doulos – Prince Philip would have known it well – occurs over a hundred times across the New Testament. It has three great focal points: Christ, the King above all who became the servant for all (Philippians 2:7); the way that we who follow him are to reciprocate by being his servants; and the way in which we are to be the servants of others.

“One of the glories of Christianity – unknown and unsung in this life but not, we are promised, in the next – are those men and women who have given up their own pleasures, priorities and power in order to loyally serve Christ or each other. In practice, as Jesus reminds us in Matthew 25:40, to serve our brothers and sisters in Christ is to serve him.

“Prince Philip bore the burden of servanthood to serve an earthly monarch. Well done! But his life is a reminder that, whether it be at home, at work or in church, we should do likewise. After all, the wonder of Christian service is that we do it for the greatest of monarchs, the greatest of causes and, ultimately, for the greatest of all rewards.”