Top Posts
Johnny Cash movie: His life, loves, challenges and...
A Walk of Faith Begins with a Step...
God is Rich in Mercy
Everyone has a Story to Share
‘Till’ movie: Racial murder helped spark civil rights...
Leaning His Head On Jesus, This Evangelist Hears...
Timing, common ground, and fruitfulness in witness
Step Out of the Traffic
In Support of Ukraine
Living an Imperfect, Unfinished Life
Home ANS Feature SAT-7 Broadcasting Hope to Lebanon Following Beirut Blast

Beirut, Lebanon (ANS) – SAT 7’s Arabic Christian channel is continuing to minister to the people of Lebanon through a series of special live broadcasts following the devastating Beirut explosion. 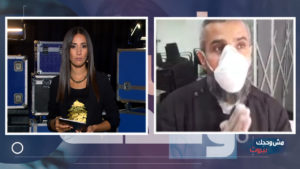 Their largest television production studio is around 10km from the blast site.

Immediately following the Beirut blast SAT-7’s Arabic channel urged prayers for the wounded and for families who have lost their loved ones. They also asked for prayers for politicians in their decision making and for Lebanon to continue as a hub for coexistence and freedom in the Middle East.

Through a series of live broadcasts church leaders and guest speakers are invited to give insight and pray for the country’s people and future.

In one of SAT-7’s live shows called You Are Not Alone presenter Sirene Semerdjian speaks via video link to Father Majdi Alawi as he and volunteers prepare and distribute food parcels for those who lost homes and are without food as a result of the explosion. His message was: “Pray for the victims. We want to love today. Let’s be humane…Don’t place blame.” 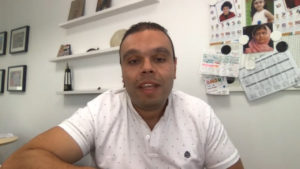 In an interview with the Global News Alliance SAT-7’s Arabic Programming Manager George Makeen says they are doing all they can to bring hope and peace to their viewers:

Makeen concluded by urging prayer for the people of Lebanon and the churches there at this crucial time:

“We can breathe in Lebanon and my prayer for this country is to continue being that breathing space for the Middle East – a model that can inspire others and that can tell people you can live together, you can have diversity without necessarily killing those who are different from you.  It can change the Middle East and it would be a shame to lose that beautiful model. So my prayer for the country and for the church there is for it to flourish and for this crisis to bring something better – to remind them that you as Lebanese you have dignity and culture, keep that and don’t lose it.”

You can watch a video report on this story produced by our partners at the Global News Alliance here: