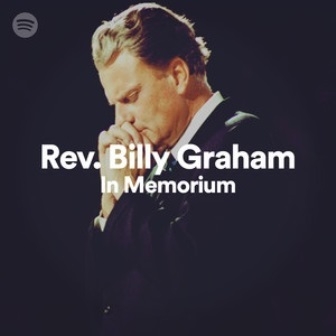 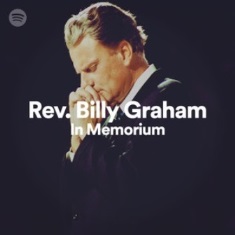 With over 60 songs, the playlist features a stellar lineup of artists whose songs reflect the teachings and honor the life of Billy Graham, who passed away February 21, 2018, in Montreat, North Carolina.

“Music was an integral part of every single Billy Graham crusade, drawing listeners in and preparing their hearts for the gospel message. This playlist is an uplifting and stirring collection of music that will bless those who listen,” said a news release about the musical tribute for the great evangelist who recently passed away at the age of 99.

Photo captions: 1) Logo for the musical tribute by Spotify. 2) Dan Wooding chatting with Billy Graham in Essen, Germany, during Mr. Graham’s crusade there. 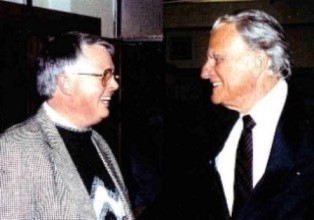 Peaceably Gather Calls Churches To Stand For Their...