Top Posts
Johnny Cash movie: His life, loves, challenges and...
A Walk of Faith Begins with a Step...
God is Rich in Mercy
Everyone has a Story to Share
‘Till’ movie: Racial murder helped spark civil rights...
Leaning His Head On Jesus, This Evangelist Hears...
Timing, common ground, and fruitfulness in witness
Step Out of the Traffic
In Support of Ukraine
Living an Imperfect, Unfinished Life
Home ANS Feature Thomas Aquinas: Still Relevant Today 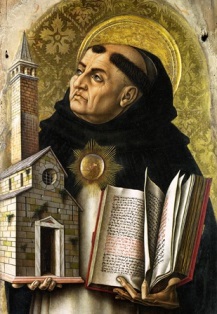 ALBUQUERQUE, NEW MEXICO (ANS — January 25, 2018) — As January draws to an end each year my mind usually wanders to a few things — my father’s birthday and death, my parent’s anniversary, and the Feast Day of Thomas Aquinas. I know it sounds odd for a died-in-the-wool Protestant to remember a feast day, but Aquinas was no ordinary man.

Many denominations (Anglican, Lutheran, and Roman Catholic) celebrate Thomas Aquinas’s life on January 28th. Prior to 1969, his day of remembrance was March 7th, the day of his death [1]. Considered by many to be one of the finest minds in the history of the church and world, he’s designated as the Angelic Doctor due to the purity of his thought and life [2]. And as a pre-Trentian Catholic (before the councils of Trent: 1545-1563 AD, where many of the specific Roman aspects of the faith were solidified), Aquinas shares much with modern Evangelical thought.

Born in 1225 or 1226 AD in the Italian region of Lazio (the old Kingdom of Sicily), Aquinas attended the school at Monte Cassino, a celebrated monastery. He later transferred to a local university in Naples where he studied theology and the liberal arts.  In Naples Aquinas was influenced by Dominican thought and theology through his teacher, Julian, and general education by his teacher Petrus de Ibernia. The two fields of learning — faith/theology and reason/logic — would be the pursuits of his life’s work.

By 1245 AD, Aquinas was enrolled at the University of Paris, where he fell under the influence of the German instructor, Albertus Magnus — known for his scientific and theological learning, and considered by many to be one of the finest scholars of the Middle Ages.  After his studies Aquinas went on to write multiple theological texts, the most influential being his Summa Theologiae, a massive treatise on the existence of God and a summary of theology. And though unfinished at the time of his death, Summa Theologiae stands as a masterpiece of clear thinking, a marriage between faith and reason. 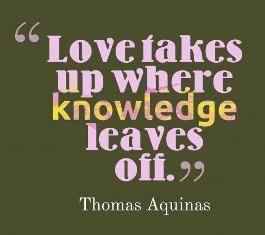 I was first introduced to the life and work of Thomas Aquinas through history courses taken at Cal State University, Stanislaus, particularly in my Renaissance and Reformation classes. But later picked up on his importance through the classes I taught at Calvary Chapel Bible College through individualized reading and study.   In my church history class I referred to certain individuals as “monsters” (meant in a good way: big and important). Along with Augustine, and Anselm, Aquinas was one of the “big three” I stressed prior to the Reformation.

But the importance of Aquinas’ thought really hit home while studying under Dr. Norman Geisler at Veritas Evangelical Seminary [3]. As an Evangelical-Thomist (Thomism is a school of thought influenced by the life and work of Thomas Aquinas [4]), Geisler is a proponent of Aquinas’ approach to theology and apologetics, having studied philosophy at Loyola University [5]. And through Norman Geisler’s book, Thomas Aquinas: An Evangelical Appraisal, I was led to other Thomistic thinkers and theologians: Etienne Glison, Peter Kreeft, W. Norris Clarke, Hans Ur Van Baltasar, E.L Mascall, and the like. And using Norman Geisler’s four-volume Systematic Theology texts as the basis for my theology classes, helped ingrain Thomistic theology in my mind. I now count it a joy to read Aquinas on a regular basis. And though some find Aquinas’ work dense and dry, I find his wisdom refreshing and reality-soaked, poetry for the mind and heart.

So in celebration of Thomas Aquinas’ day of remembrance, I’ve selected a few quotes and recommend readings for deeper thought:

“The things we love tell us what we are.”

“There is nothing on this earth more to be prized than true friendship.”

“Love takes up where knowledge leaves off.”

“How can we live in harmony? First we need to know we are all madly in love with the same God.”

“To live well is to work well, to show a good activity.”

“All that is true, by whomsoever it has been said has its origin in the Spirit.”

“Wonder is the desire for knowledge.”

“The test of the artist does not lie in the will with which he goes to work, but in the excellence of the work he produces. “

“Beware of the person of one book.”

“To convert somebody go and take them by the hand and guide them.”

“Love is a binding force, by which another is joined to me and cherished by myself.” 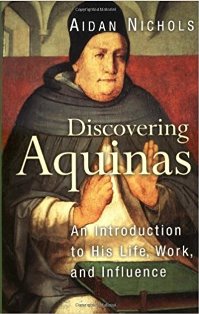 In all you read and discover, I hope that you find as I did: Thomas Aquinas is still as relevant today as he was in 1274 AD at the time of his death. Read him, and let his words renew and restore God’s grandeur to your understanding of faith and reason.

About the writer: Brian Nixon is a writer, artist, musician, and clergyman. He’s a graduate of California State University, Stanislaus (BA), Veritas Seminary (MA),  and is a Fellow at Oxford Graduate School (D.Phil.). To learn more, click here: http://en.wikipedia.org/wiki/Brian_Nixon