Top Posts
Pregnancy Resource Centers Fight For Life Amidst Opposition
This World is Not Our Home
Lessons Learned From a Gingerbread House
Let There Be Peace on Earth
‘I Wanna Dance’ movie: Whitney Houston’s success and...
Fact Finding, Sight Seeing, and Prayer Walking
Kidney donation led to 8 life-saving surgeries
The Power of Curiosity
When Love Came Down at Christmas
A Walk of Faith Begins with a Step...
Home ANS Reports University of Haifa researchers crack the code of the second to last unpublished Dead Sea Scroll. 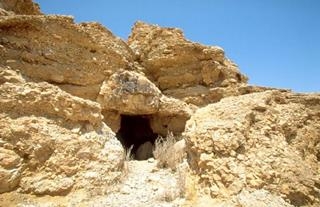 HAIFA, ISRAEL (ANS – January 25, 2018) — For over a year, Dr. Eshbal Ratson and Prof. Jonathan Ben-Dov of the Department of Bible Studies in the University of Haifa labored to piece together and translate 60 fragments of one of the last unpublished scrolls to be found in the Qumran caves near the Dead Sea in the 1940s and 1950s.

“The reward for their hard work is fresh insight into the unique 364-day calendar used by the members of the Judean Desert sect, including the discovery for the first time of the name given by the sect to the special days marking the transitions between the four seasons,” the university said in a statement on Sunday, according to an article by Batya Jerenberg, writing for World Israel News (https://worldisraelnews.com) . 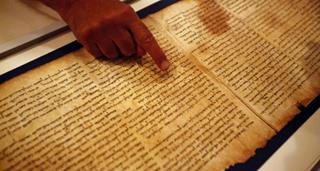 World Israel News said the calendar used by the secretive Qumran community that lived ascetically out in the desert was “perfect” according to Ratson and Ben-Dov, as “special occasions always fall on the same day,” unlike the lunar calendar used by the vast majority of the Jewish people, then and now. This “appears to have embodied the beliefs of the members of this community regarding perfection and holiness,” the researchers said in a joint statement.

As for the sect’s celebration of a holiday (four times each year) unknown to the rest of the nation, Dead Sea scholars have known for a long time that this holiday existed, but now its name has been revealed: Tekufah, which in modern Hebrew means “period,” marked on the “calendar scroll” for each of the four changes of season.

World Israel News reports most of the more than 900 Dead Sea Scrolls were written in plain ancient Hebrew, but some, like this one, was in code. “The custom was intended to show that the author was familiar with the code, while others were not,” the researchers said.

However, it seems that the author made mistakes, and someone else added corrections in the margins. This helped Ratson and Ben-Dov decipher the text, but they also gave credit to the new digital technologies they used for their success. 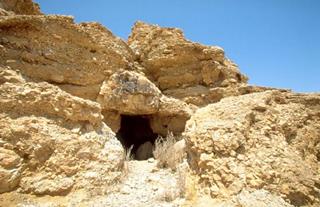 World Israel News goes on to state that last year, archeologists found a twelfth cave that had once hidden additional scrolls. Broken Second Temple-era jars, a leather strap, a cloth that had once wrapped the scrolls and one piece of parchment rolled up in a jug that was being processed for writing were the most important items found in the cave, which had likely been looted decades ago.

At the time, Israel Hasson, director-general of the Israel Antiquities Authority, said, “The important discovery of another scroll cave attests to the fact that a lot of work remains to be done in the Judean Desert – and finds of huge importance are still waiting to be discovered.”

Adding that the state is “in a race against time” with antiquities thieves, he advocated that “a systematic excavation” be carried out on all caves in the area.

About the Writer: Michael Ireland is a volunteer internet journalist serving as Chief Correspondent for the ASSIST News Service, as well as an Ordained Minister, and an award-winning local cable-TV program host/producer who has served with ASSIST Ministries and written for ANS since its beginning in 1989. He has reported for ANS from Jamaica, Mexico, Nicaragua, Israel, Jordan, China, and Russia. You may follow Michael on Facebook at https://www.facebook.com/MichaelIrelandMediaMissionary  , and on Twitter at @Michael_ASSIST. Please consider helping Michael cover his expenses in bringing news of the Persecuted Church, by logging-on to: https://actintl.givingfuel.com/ireland-michael