Top Posts
Knowing the One Who Always Keeps His Word
Pregnancy Resource Centers Fight For Life Amidst Opposition
This World is Not Our Home
Lessons Learned From a Gingerbread House
Let There Be Peace on Earth
‘I Wanna Dance’ movie: Whitney Houston’s success and...
Fact Finding, Sight Seeing, and Prayer Walking
Kidney donation led to 8 life-saving surgeries
The Power of Curiosity
When Love Came Down at Christmas
Home ANS Feature “Twenty-Six Lead Soldiers,” Based on the life of British Christian Journalist, Dan Wooding, Nominated for Best Script

LOS ANGELES, CA (ANS) – He’s been imprisoned in Nigeria, had his hotel in El Salvador wrecked by a car bomb, received a death threat from the father of the notorious Kray Twins, and is one of first-ever Christian journalists to report from inside of North Korea. 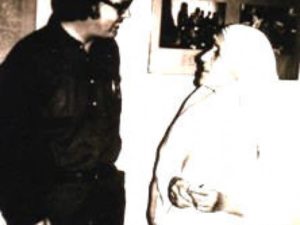 Dan Wooding with Mother Teresa in 1975

Now, a screenplay based on the incredible true life story of British Christian journalist, Dan Wooding, is an official selection of the 2019 Life Fest Film Festival in Hollywood. The screenplay was written by noted Christian screenwriter, Claire Hutchinson (“Lucky’s Treasure,” “Living the Dream”) and is based on Dan Wooding’s life and his book, “From Tabloid to Truth.”

Dan went from working for Billy Graham’s newspaper, The Christian, to a period in the British tabloids (senior reporter for both the Sunday People and the Sunday Mirror), as well as being a London correspondent for the US-based National Enquirer, and all the excitement and intrigue that entailed.

Eventually he became embroiled in the tabloid life and all the vices that went along with it. He hit rock bottom, until God turned his life around in a powerful way. He then used his journalistic skills to be a voice for the voiceless and persecuted church around the world. 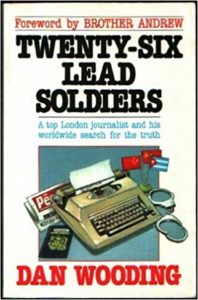 As Pulitzer Prize winner Dallas Kinney aptly notes, “Dan Wooding is not content to observe events from the sidelines. Instead he has chosen to pursue the untold stories of the voiceless people… people around the world who are living out their faith without counting the cost. And more often than not, this has put Dan’s own life and liberty at risk as well.”

The title of the script is an apt metaphor for Dan’s life. In referring to the power of the written word, Karl Marx once said, “Give me twenty-six lead soldiers, and I will conquer the world.” And that is what Dan Wooding has been doing now for many years, but in the opposite way: he uses his twenty-six lead soldiers for good, not evil.

Life Film Fest is the unique, world-wide film festival dedicated to showcasing films which affirm the importance of the human experience and the unique value of every life. We are a team of individuals from throughout every aspect of the entertainment industry who wish to see life-affirming content once again emanating from this creative business. And we are also helping raise up a whole new generation of filmmakers and giving them entrance into this industry that so impacts the world.

Life Fest Film Festival will be held at Raleigh Studios in Hollywood from May 2-4, 2019. Website: http://lifefilmfest.com/ 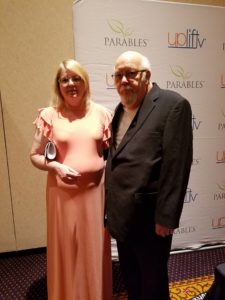 Claire Hutchinson is a producer and award-winning screenwriter, script analyst, film festival judge, speaker, and producer. She is the screenwriter of the film “Lucky’s Treasure”, starring Michael Ironside (“Top Gun”, “Total Recall”), Delaney, and J.T. Neal. It was distributed by Pureflix and Universal Studios in 2017. She is also the co-producer, writer, and director of the short film, “Living the Dream,” which won third place in the shorts category at the Winnipeg Real to Reel Film Festival in 2019. Her WWI script, “The Czar’s Letters”, won first place in the Winnipeg Real to Reel Film Festival in 2019.

Both Dan and Claire are represented by WGA agent and producer, Terry Porter, who is the packager of this project. He is bringing onboard famed keyboard player, Rick Wakeman (of the rock group, Yes) to compose the score for “Twenty-Six Lead Soldiers.”

For almost 30 years, Terry Porter has been a WGA signatory agent, representing screenwriters, producers, composers, and actors through Agape Productions and The Terry Porter Agency. Some of the companies he has sold projects to include CBS, NBC, ABC, Turner Network, and Larry Levinson Productions. Terry was a distributor of “The Door’s Always Open”, the co-executive producer of “An Animator’s Life: The Phil Roman Story”, and associate producer of “Hollywood on Fire”.

As co-owner of Ambassador Communications with his wife, Claire, he is the co-producer of the Christian comedy film entitled “Living the Dream”, which released in 2018. He is currently developing an extensive film slate which includes “The Doctor” (about the euthanasia campaign in Nazi Germany) and “Caleb the Colt” (animated musical).