Top Posts
Knowing the One Who Always Keeps His Word
Pregnancy Resource Centers Fight For Life Amidst Opposition
This World is Not Our Home
Lessons Learned From a Gingerbread House
Let There Be Peace on Earth
‘I Wanna Dance’ movie: Whitney Houston’s success and...
Fact Finding, Sight Seeing, and Prayer Walking
Kidney donation led to 8 life-saving surgeries
The Power of Curiosity
When Love Came Down at Christmas
Home ANS Reports UK Rejects Asylum Claim of Iranian Convert

LONDON, UNITED KINGDOM–Archbishop Anba Angaelos, the leader of the Coptic Church in the United Kingdom, condemned the Home Office for refusing the asylum claim of an Iranian convert from Islam to Christianity. 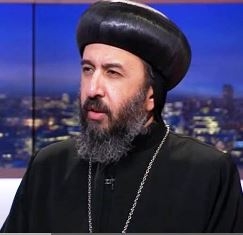 The refusal Archbishop Angaelos said is “based on, at best a complete and utter misunderstanding and misrepresentation of Christian Scripture, and at worst an intentional manipulation of the text to justify the rejection of this vulnerable individual.”

He stated: “The Home Office process and procedure on asylum issues, especially pertaining to religious converts, has been a source of ongoing conversation with them for a number of years.”

“Through our Asylum Advocacy Group, which I founded and convene, we are working with the Home Office on a training programme due to be implemented within the coming months for caseworkers which takes into account incidents such as these, and many more like it.”

Angaelos claimed that the Home office accepted that the particular incident needs thorough investigation and quoted Home Office as saying that it is “in accordance with our policy”.

“It must be determined whether this refusal of the asylum claim is merely out of misunderstanding or a proactive attempt to adversely affect the application of someone whose life may very literally be at risk.”, said Angaelos.

He added: “It must also be ascertained as to whether religious discrimination is at work, as there is no place for partiality within a government that seeks to promote equality and abides by Article 18 of the Declaration of Human Rights among other agreements.”

Angaelos went on to say that they have been told on numerous occasions that the Home Office is not even in a position to ask whether an employee, caseworker or contractor has any religious affiliation at all.

Taking this into consideration, it now is astounding that such brash comments about a person’s religious belief can be made by an employee or contractor of that same institution, he said.

Since yesterday [March 20th], other examples have also arisen of similar malpractices when it comes to misrepresenting Scripture and rejecting asylum claims on those grounds, and so I do hope that these are also looked at in their entirety, and not a single case in isolation, alleged Angaelos.

I look forward to our ongoing work with the Home Office as I commend the faithful and professional practice of the vast majority of Home Office staff and contractors, said Angaelos.

“Finally, we must realize the extent of these actions, and that they have a bearing on people of faith who are potentially vulnerable in their state of origin, and vulnerable here in Britain as asylum seekers, and for this we must take great care to ensure that such violations do not go undetected or untreated.”, he said.