Top Posts
Knowing the One Who Always Keeps His Word
Pregnancy Resource Centers Fight For Life Amidst Opposition
This World is Not Our Home
Lessons Learned From a Gingerbread House
Let There Be Peace on Earth
‘I Wanna Dance’ movie: Whitney Houston’s success and...
Fact Finding, Sight Seeing, and Prayer Walking
Kidney donation led to 8 life-saving surgeries
The Power of Curiosity
When Love Came Down at Christmas
Home ANS ReportsCulture Unetaneh Tokef and John Michael Luther’s Jewish Prayer 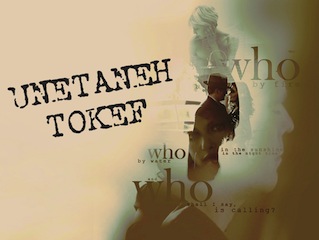 ALBUQUERQUE, NEW MEXICO—I first heard about the composition Unetaneh Tokef from the composer himself [1]. In one of our get-togethers a couple years back John Michael Luther informed me that he just completed a work based upon an ancient Jewish prayer recited during Yom Kippur and Rosh Hashanah. Unetaneh Tokef is translated as “Let us speak of the awesomeness of this day.” It is a prayer that commemorates atonement and thanksgiving. The words are attributed to Rabbi Ephraim of Bonn, a compiler Jewish prayers during the Middle Ages. After the encouragement from a Jewish friend—Steven Ovitsky—who plays the shofar (an ancient Jewish horn), Luther embarked upon the composition with gusto. 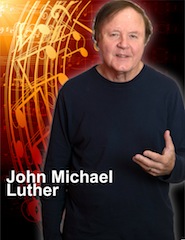 Luther summarized the journey: “It is a long story dating back to 2010. It took four years to write and then four more years to be produced. I wrote it during a very difficult period in my life—accidents and ill health dominated. Unetaneh Tokef is for full orchestra, choir, and soloist. But I began the work using the shofar as the center instrument. I felt led of God to write a piece of music in Hebrew. My love of Israel and the Old Testament goes back to my early childhood. I approached my friend Steve Ovitsky for suggestions on what would be an appropriate text. Steve is the executive Director of the Santa Fe Chamber Music Festival. He is also an accomplished French horn player and shofar soloist. He suggested the prayer, Unetaneh Tokef which he remembered his grandparents praying.”

The seed was planted. What did you do next?

“I consulted with Rabbi Jack Shlachter of Los Alamos N. M. for further insight. He gave me a text in Hebrew with an English translation and pronunciation directions. This helped me to write the music as correctly as possible according to accurate pronunciation. I was awestruck by the direction the Lord led me, writing music to a text that was foreign to me. I never dreamed that this special and specific prayer would be the answer to my desire to write music to honor the Jews and Israel. The text illustrated to me the path that today’s Hebrew people have taken to honor God and their ancient traditions.”

You really felt God was part of the process, correct?

“Yes. First, I could never have finished the work if I had not been aware that God was in this journey. It is a difficult text to set to music and I am a person bent on perfection. I felt that as though I was standing in prayer at the Wailing Wall, praying for direction in my writing. 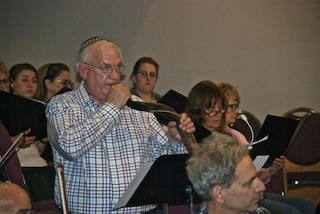 What struck you about the prayer as you were composing the music?

“Beyond the leading and subject matter, the unifying device in Unetaneh Tokef is the interval of the perfect 5th. It permeates both solo, choral, and orchestral parts. The entire work is built around the shofar. The shofar notes played are those of the perfect 5th.”

Tell us about the world premiere, which took place in San Diego, California, conducted by Dr. David Amos.

“It was performed to two packed-out audiences at the Tifereth Israel Synagogue. Steven Ovitsky, to whom the work was dedicated, played the solo shofar part. Two weeks before the premiere the baritone soloist backed out. That left no time to find a new soloist. With two weeks to learn Hebrew pronunciation, I stepped in and sang it myself. Talk about pressure. I wanted to hear my music for the first time in eight years but I had to concentrate on my singing. It all went well but what an incredible situation. There I was wearing a yarmulka singing my own music.”

I understand that you were feeling a tad under the weather during its performance.

“Correct. During the rehearsals, I was fighting what I thought was a sinus infection. It eventually turned out to be pneumonia. I had to use a headset microphone set to balance with the sound of a 75-piece orchestra and 50-voice choir with my voice. It was quite a task. The Lord was teaching me perseverance.“

Did the performance end well? 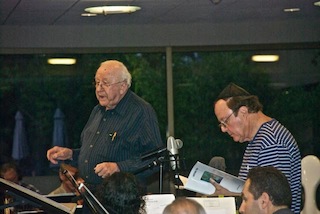 “The performance was a miracle. I was pleased. I’m not sure that I would have continued my compositional quest had I known what the performance demands would be. However, the audience was enthralled and appreciative. The stress to me was listening to the performance and performing the Hebrew words accurately without missing a lick.”

How did the audience react, I ask?

“Jewish people came up to me with tears of appreciation.  I began to understand that this was God’s purpose in this writing music and illustrating this prayer. Another person stated that she hoped a professional orchestra would record it. And I am now working on a commission from David Amos, Three Dances From Exodus. David and I discussed the plans to have both pieces performed in Jerusalem in the near future.”

To your knowledge, is there anything like this in the classical repertoire?

“I don’t believe there is a composition quite like it. Because of its unique value and compositional integrity, David Amos wants to either record it with the RPO in Abbey Road studios or in Jerusalem. It’d be a welcome addition.”

What would you hope would be accomplished with Unetaneh Tokef?

“I hope the piece would bring honor to God and the people of Israel and rekindle in their hearts a new thirst for the Lord. Also, the statement ‘who shall be raised up’ in the final section of the text refers to the future of Israel; there’s a future and a hope for Israel.”

In the concert program provided by the Tifereth Israel Community Orchestra, the Unetaneh Tokef translation begins:

We proclaim the great sanctity of this day, a day filled with awe and trembling. On this day, O Lord, we sense Your dominion, as we envision You on the throne of judgment, judging us in truth, but with compassion. You, indeed, judge and admonish, discerning our motives, and witnessing our actions. You record and seal, count and measure; You remember even what we have forgotten. 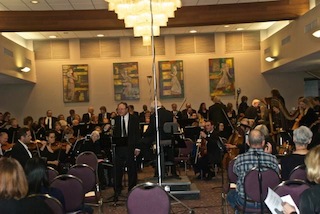 Concerning the orchestra, information provided states, “The Tifereth Israel Community Orchestra has been affiliated with Tifereth Israel Synagogue for two and a half decades. During this time, it has presented many memorable concerts and has featured several world-famous artists at the top of their careers. At times we have brought in young artists on their way to stardom, and consistently, new works have been commissioned from living composers, emphasizing Jewish culture, history, and traditions [2].”

And a word about the conductor: “David Amos has made it his specialty as an orchestral conductor to introduce to the public lesser-known works of composers worthy of greater recognition, as well as more obscure music of famous composers. To this end, Mr. Amos has commissioned new works as well as conducted many world-premiere performances in concert and in recordings… 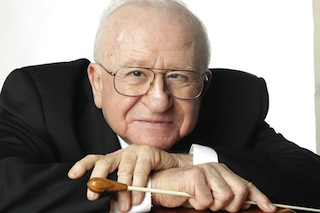