Top Posts
Johnny Cash movie: His life, loves, challenges and...
A Walk of Faith Begins with a Step...
God is Rich in Mercy
Everyone has a Story to Share
‘Till’ movie: Racial murder helped spark civil rights...
Leaning His Head On Jesus, This Evangelist Hears...
Timing, common ground, and fruitfulness in witness
Step Out of the Traffic
In Support of Ukraine
Living an Imperfect, Unfinished Life
Home World Missions The “United For the Family!” Movement in Ukraine 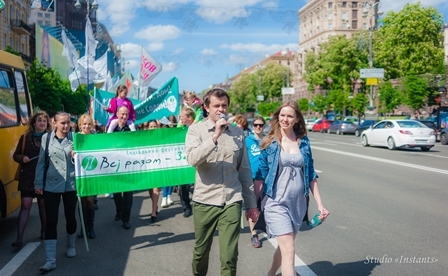 From a previous event 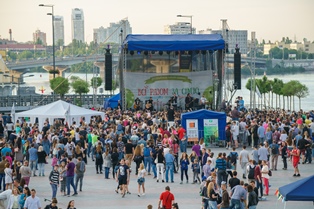 UKRAINE – The institution of family in Ukraine has been under heavy attack coming from local political leaders and European Union bodies over the last three years. There are attempts to remove words ‘man’ and ‘woman’ from the article on marriage in the nation’s Constitution. The idea of ‘civil same-sex partnerships’ is being actively cultivated. School curricula and media coverage are threatened to be amended to suit these ideas. Culturally, Ukraine is in a dangerous place.

In addition, the 2015-2020 Human Rights National Strategy Implementation Action Plan came as an especially serious blow for the people of Ukraine. This document aims to radically amend Ukrainian legislation regulating relations in the area of family and civil rights. All the dangers the family institution is facing have been laid out in the brochure titled “Don’t Cut Out Family in Ukraine!” put together by the office of “United Together”. Please, visit this website to read its online version. www.vsirazom.ua/dontcut

Despite all the hurdles, there is a street movement rising up in Ukraine these years called United Together – For the Family! The first family events were held in Kyiv in the fall of 2003. It all began with an initiative brought forth by Ruslan Kukharchuk – a journalist and a social activist. The first activities were small parades downtown which later grew to rallies outside the Parliament, the Cabinet of Ministers and of the President’s Administration.

In 2012 United Together – For the Family rally in the center of Kyiv was attended by 2000 people. The next few years saw an increase in the number of pro-family activists involved in the movement of up to tens of thousands. In 2016 family festivals were held already in 23 cities across the country. Last year over a hundred thousand Ukrainians attended pro-family street events in 37 cities. Please, visit this website to find out more about the events by cities. www.vsirazom.ua/family

United Together – For The Family! festival became a two-day gathering for the first time in Kyiv in 2017. For several years in a row, its unchanging location has been Poshtova Ploshcha (Postal Square) in the old town of Kyiv which has come to be unofficially called Family Square. The opening of the fest was marked by a bright costume parade led by performing artists on stilts. Family stations in thirty different locations provided various services and gifts to visitors. Partner sponsored giveaways took place at the top of the hour. The Festival stages featured performances for children in the afternoon and show young people and their parents in the evening. Headliners of the street party were two popular Ukrainian performing artists. Advertising was done through several dozen billboards and city light billboards. Tens of thousands of flyers were mailed to people in their apartments and houses. As a result, a record of thirty thousand people attended the two-day event. 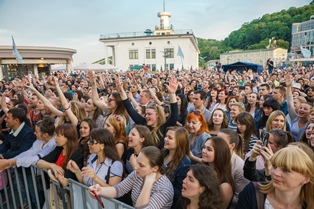 Ruslan Kukharchuk, leader of United Together – For the Family! says: “Family festivals and similar street events are not something that only family organizations should be involved in. It is something that everyone should play a role in – the general public, churches, NGOs, businesses and entrepreneurs. We all should come together to promote family values, assist families, extend a helping hand to one another. What we have happening in Kyiv and other cities across this nation at the Festival is the fruit of the work done together involving many individuals and organizations. We have to unite our efforts! Street festivals should come to be associated with the topic of family.”

So where are these family street parties held? In central squares and streets, main parks and gardens in various cities and towns of Ukraine. Every event is held from May to August when it is warm. All of them whether in the nation’s capital or elsewhere are centered around one goal – to build up this country where family and Christian values are the focal point of the public traditions and of the state policies.

In 2018 United Together – For the Family! Festival will be held as is customary in Poshtova Square in downtown Kyiv 9-10 June. Our goal is also to spread the movement to 50 cities across this nation which is something we are working hard on to see it happen.

‘We Want to Sacrifice’

The Meaning of Life and Letting Go of Selfish Pursuits

Breaking Generational Poverty with A Needle and Thread