Top Posts
There’s A Light That Enters Houses With No...
Knowing the One Who Always Keeps His Word
Pregnancy Resource Centers Fight For Life Amidst Opposition
This World is Not Our Home
Lessons Learned From a Gingerbread House
Let There Be Peace on Earth
‘I Wanna Dance’ movie: Whitney Houston’s success and...
Fact Finding, Sight Seeing, and Prayer Walking
Kidney donation led to 8 life-saving surgeries
The Power of Curiosity
Home ANS ReportsCulture Support Reading the Christian Classics 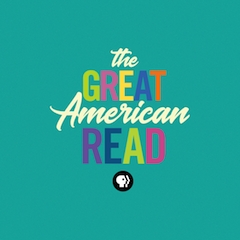 When I heard first heard about the PBS series The Great American Read I instantly became a fan. Why? Any nationwide platform designed to encourage reading—and books—is all right in my mind. L love reading the Christian Classics and I waited in anticipation as the inaugural broadcast aired on May 22nd, even talking about the series on the radio prior to its debut. To say the least, I was stoked.

For the most part, I wasn’t disappointed. The program did as it claimed: promoted books, reading, and authors, all done by celebrities and common folk alike. The aim of The Great American Read was to highlight books Americans love and find America’s greatest novel, which, if you ask me, will be a telling commentary on the mindset of contemporary America.

The Great American Read emphasized a diversity of authors (American and non-American) and grouped books by similarities (i.e. banned books, first-time authors, women authors, etc.). In addition to the TV broadcast, people were encouraged to go online and vote for their favorite book from a list of 100, chosen from previous regional surveys. My only disappointment with the program came with the 100 books posted. There were notable authors missing, including some of my favorite: Cormac McCarthy is one. But, hey, you can’t make everyone happy. Aside from missing names, I was impressed that so many Christian authors and spiritually themed books made the list. (think Christian Classics) 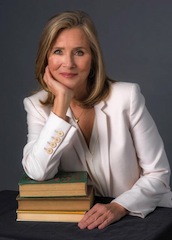 Here are a few:

The Pilgrim’s Progress, John Bunyan. A Christian classic if there ever was one.

Don Quixote by Miguel de Cervantes. Steeped in a Christian worldview, this classic novel highlights the virtues of valor, love, humor, and friendship.

Crime and Punishment, Fyodor Dostoevsky. Both a Christian and a world classic.

Pillars of the Earth, Ken Follett. A novel based on the building of a cathedral in 12th century England.

A Prayer for Owen Meany, John Irving. Though not a Christian author, Irving’s novel is a look at spirituality and belief.

Left Behind, Jerry B. Jenkins. An end-times series that took the world by storm.

The Chronicles of Narnia, C.S. Lewis. A Christian classic with little need of an introduction. 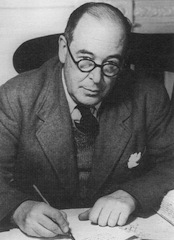 Gilead, Marilynne Robinson. Following a small town pastor, the book is a favorite of many, including President Barak Obama.

Gulliver’s Travels, Jonathan Swift. Written by an Irish clergyman, the book is one of the greatest in Western literature.

The Lord of the Rings, J.R.R Tolkien. As the one who convinced C.S. Lewis that Christianity is true, Tolkien’s books about Middle Earthrise to the stratosphere in popularity and respect by people of all ages and faiths.

A Confederacy of Dunces by John Kennedy Toole. Using Thomas Aquinas and Don Quixote as inspiration, the book won the Pulitzer Prize in 1981.

The Shack, Paul Young. A controversial book within Evangelical Christianity, but still popular among the broader Christian world.

And this is just a sampling of the 100 books. Cases could be made that other authors (Bronte, Dickens, etc.) touted a Christian worldview as well. And I’d agree. 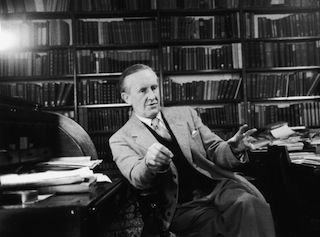 My point is not to argue over which book is the best example of Christian literature but to encourage readers to read one of the books mentioned above. Don’t just dote over the books, do something with them: read them.

And just as fun, take a moment to vote for your favorite. Simply click here and choose your beloved book. As host Meredith Vieira reminded the viewers: vote as often as you like for as many books as you like: http://www.pbs.org/the-great-american-read/vote/#

After the voting is finished, a follow-up broadcast will air on PBS in the Fall, announcing America’s favorite novel. Until then, vote until your heart’s desire and read away.