Top Posts
Colorado football coach Sanders’ unabashed faith
There’s A Light That Enters Houses With No...
Knowing the One Who Always Keeps His Word
Pregnancy Resource Centers Fight For Life Amidst Opposition
This World is Not Our Home
Lessons Learned From a Gingerbread House
Let There Be Peace on Earth
‘I Wanna Dance’ movie: Whitney Houston’s success and...
Fact Finding, Sight Seeing, and Prayer Walking
Kidney donation led to 8 life-saving surgeries
Home ANS Reports Watch my reflections of working with Billy Graham, who passed away today at the age of 99 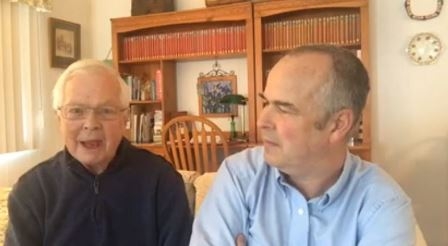 It was broadcast today (Wednesday) for CBN News on Facebook Live 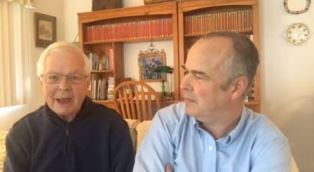 LAKE FOREST, CA (ANS – February 21, 2018) — As many of your will know, my son Peter Wooding, who lives in the UK, is staying for a few days with Norma and myself here in Southern California, before he heads off to the NRB Convention in Nashville, Tennessee.

One of the joys of having a son that is working as a TV reporter with the Global News Alliance, run by Stan Jeter, is that we can work together, and so today, we put together a CBN News Facebook Live video on my many years of working with, and for, Billy Graham, who passed away today at the age of 99.

Also, if you missed my ANS story, earlier today, about Billy Graham, just go to https://www.assistnews.net/index.php/component/k2/item/3712-american-evangelist-billy-graham-the-most-influential-preacher-of-the-20th-century-has-died-aged-99 to read it.

Billy Graham will be sorely missed by the millions who found Christ through his ministry, but for him, he can be finally be reunited with his wife, Ruth, who preceeded him to heaven.

Photo captions: 1) Dan Wooding with Peter during their Facebook Live broadcast for CBN News. 2) Dan Wooding chatting with Billy and Ruth Graham at their home in Montreat, North Carolina.

About the writer: Dan Wooding, 77, is an award-winning author, broadcaster and journalist who was born in Nigeria of British missionary parents and is now living in Southern California with his wife Norma, to whom he has been married for nearly 55 years. They have two sons, Andrew and Peter, and six grandchildren who all live in the UK. He is the author of some 45 books and has two TV programs and one radio show in Southern California. He began his career in journalism back in 1968 with The Christian, a London-based newspaper that had been bought by Billy Graham’s ministry. He later worked with Mr. Graham as a writer in Russia, Germany and Puerto Rico.