Top Posts
Colorado football coach Sanders’ unabashed faith
There’s A Light That Enters Houses With No...
Knowing the One Who Always Keeps His Word
Pregnancy Resource Centers Fight For Life Amidst Opposition
This World is Not Our Home
Lessons Learned From a Gingerbread House
Let There Be Peace on Earth
‘I Wanna Dance’ movie: Whitney Houston’s success and...
Fact Finding, Sight Seeing, and Prayer Walking
Kidney donation led to 8 life-saving surgeries
Home ANS Feature Water and the Word, for Life, In Jesus’ name

Water and the Word, for Life, In Jesus’ name 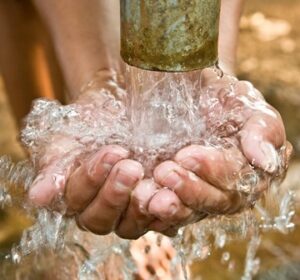 HOUSTON, TX – Several years ago I started doing research on the global water issues.  On that journey I got connected with many in the academic world who have devoted themselves to research and the study of various aspects of water. There are several institutions, organizations and associations devoted to researching this important topic. An area I found fascinating is the study of the origin and history of water.  Where did water come from, and how did it get on the planet?

Origin and History of Water

There is much speculation and there are many theories about the origin and history of water on earth. However, for those of us who believe in the authority and accuracy of the Scriptures, we can accept the fact that God created water, as He is the Creator of all things. It is amazing to learn of the various theories of how water got here on earth. It may take more faith to believe many of those theories about the origin and history of water, than to simply take God at His Word and accept the account recorded in Scripture.

Water is referred to several hundred times throughout the Bible, from the first chapter of the book of Genesis to the last chapter of the book of Revelation. There are many references in Scripture to rivers, streams and flowing or living water, as opposed to still water, which is often stagnant. Interestingly, water and wind are often both used to represent the work of the Holy Spirit. 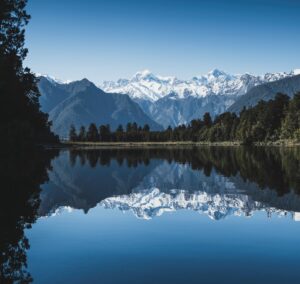 God Leads us beside still waters, and restores our soul

In most of the countries where Living Water International has worked since its founding in 1990, we have often asked government officials, health professionals, community, and church leaders about their greatest needs. If water is not the number one need mentioned, it is almost always among the top three. The more we learn about the importance of water, the more we realize the power and the necessity of it. Of course, we understand that every need represents an opportunity.  The greater the need, the greater the opportunity.

Water and the Word, in the Beginning

In Genesis chapter one, we find the earliest written record of the power of Water and the Word of God. In the beginning God created the heavens and the earth. The earth was formless and empty, darkness was over the surface of the deep and the Spirit of God was hovering over the waters, according to Genesis 1:1-2. Then the Scriptures tell us that God spoke and said, “Let there be light” and there was light. In John 1:1, it is recorded that, “In the beginning was the Word, and the Word was with God, and the Word was God.”  We often point out that God is the originator of orality.  It is not a modern phenomenon, and it is also the most effective ways that people have learned and communicated from the beginning of time. 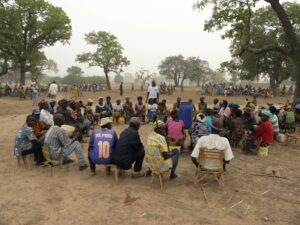 In our modern Western World, some people think of the Word of God as the Bible. It is true that the Bible is God’s Word written. However, the Word of God existed in spoken form long before anything was ever written down. It is a blessing to have the Word of God in written form and to be able to read it with comprehension. However, most of the people of the world, even today, need to have the Word of God in a form which they can hear, understand, respond to, and reproduce, other than in written instruction or print based media. The Word of God has power to transform lives, whether in written or oral form. Most people who have come to faith in Christ throughout history have done so through personal witness or some form of orality-based communication. The Good News of Jesus was spread throughout the entire populated world in the first century, mostly by word of mouth or oral methods. Orality-based methods were the ways that the early church processed their faith and how the message spread so rapidly throughout the entire world.

It is encouraging and inspiring what we can learn from the more communal, relational, oral cultures of the world. The cultures in those regions of the world have more in common with the first century, biblical cultures, than the modern Western world. The better we understand the ancient methods that people have learned and communicated for thousands of years, the more effective we can be in reaching and making disciples around the world. This is especially the case with the Bibleless, unreached and unengaged people groups of the world. 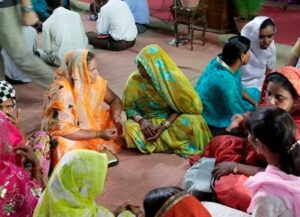 Women telling stories at a well in South Asia

There are many beautiful symbols in Jesus’ teachings about water, which we see in His conversations with Nicodemus and with the Samaritan woman at the well. These two stories are filled with important truths and lessons that apply to our lives. In addition to using these stories to share the Good News of Jesus, they contain many lessons about the character of God, worship, the human condition, redemption, new life and dealing with ethnic, cultural, or tribal conflict or differences. And, with the appropriate pre- and post-story reflection and discussion, we can bring out truths about salvation, transformed lives, witnessing, sharing our faith, and many other lessons and applications.

One of my mentors from years past explained that if one tries to understand the written Word, apart from the Living Word, you will have a book that doesn’t make sense. Furthermore, he would point out that if you try to understand Jesus, apart from truths revealed in Scripture, you will have a person who doesn’t make sense. It is the Living Word of God, the Living Water, Jesus Himself who satisfies our deepest thirst. He gives us new life and restores us to true humanity. Knowing and experiencing that reality enables us to be containers of Deity, and channels of Rivers of Living Water.