Top Posts
Knowing the One Who Always Keeps His Word
Pregnancy Resource Centers Fight For Life Amidst Opposition
This World is Not Our Home
Lessons Learned From a Gingerbread House
Let There Be Peace on Earth
‘I Wanna Dance’ movie: Whitney Houston’s success and...
Fact Finding, Sight Seeing, and Prayer Walking
Kidney donation led to 8 life-saving surgeries
The Power of Curiosity
When Love Came Down at Christmas
Home ANS Feature Christians at the ‘back of the line’ for help with COVID-19

Witney, England (ANS) – As COVID-19 continues to spread across the globe, minority Christian communities report being ‘shunted to the back of the queue for aid and forgotten’, according to reports received by the Christian persecution charity Open Doors UK.

The charity highlights the following examples of these incidents around the world: 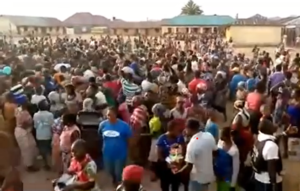 Scenes of chaos as the government of Kaduna distributes aid to Christians in Kaduna.

In India, Christians report being left at the back of the queue, with others of the Dalit or ‘untouchable’ caste. Churches are expressing the fear that Hindu fundamentalists will use the opportunity to bribe believers with aid to convert Hinduism.

In Uzbekistan, where a strict lockdown is in place, Open Doors partners are delivering food aid to families being denied it on the basis of their faith. 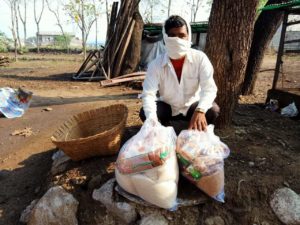 In one unnamed country in Asia, partners of Open Doors risk prison for delivering food to Christians in remote areas who aren’t receiving other aid.  “I’ve heard people cry before, but this is something else, much deeper,” said Open Doors partner in Asia, Hana*.

“Some of our most remote communities have been side-lined and ignored when they were identified as Christians.”

Meanwhile, Christian nurses and carers are facing added risk because of their faith.

In one country in the Gulf which cannot be identified, Christian nurses are being sent to the frontline without protective equipment, prompting Open Doors to step in and provide some of the necessary clothing.

In another unnamed Central Asian country, Christians are being singled out to care for COVID patients.

“Christian nurses have been assigned to the Coronavirus patients,” reports Mary*, one of the nurses.

But she added that Christians were praying that they could act as “the hands and feet of Jesus”.

Julia Bicknell, who analyses the Open Doors’ World Watch List of Christian persecution, explains: “In many Asian countries, particularly across South Asia, and in parts of Africa, Christians are found mainly amongst the most disadvantaged, such as waste management or fruit picking. They can be treated as ‘inferior’ and ‘unclean’ due to historic systems of caste, creed or ethnicity.”

The situation is similar in much of Sub-Saharan Africa. In Ethiopia, where many are out of work because of the COVID-19 lockdown, Christians face even greater hardship.

Yohannes, 22, a new believer, had found refuge with other Christians after his community expelled him for his faith in Christ. However, since Coronavirus restrictions came into force, he has struggled to find enough food to eat as his own family won’t offer any help. An Open Doors spokesperson for the region said: “As many of the Christians in North Africa come from the lower middle-class, a lot of them are working in low paid jobs.

“Many of them are now sitting at home because of the corona crisis and they’ve got no source of income.”

“Here in the UK these people would be applauded as key workers,” adds Julia Bicknell.

“However, in their own countries they can barely feed their families.”

“The Chosen” Surges Into the List of Top Rated Shows