Top Posts
Knowing the One Who Always Keeps His Word
Pregnancy Resource Centers Fight For Life Amidst Opposition
This World is Not Our Home
Lessons Learned From a Gingerbread House
Let There Be Peace on Earth
‘I Wanna Dance’ movie: Whitney Houston’s success and...
Fact Finding, Sight Seeing, and Prayer Walking
Kidney donation led to 8 life-saving surgeries
The Power of Curiosity
When Love Came Down at Christmas
Home ANS Feature Grammy-winning Christian recording artist Mac Powell joins Leading The Way with Dr. Michael Youssef

Atlanta, USA (ANS)  — According to Leading The Way with Dr. Michael Youssef Grammy-winning artist Mac Powell is to join their global ministry team. An Atlanta native, Powell will be based at The Church of The Apostles as “Artist in Residence” when not on tour with Dr. Youssef. 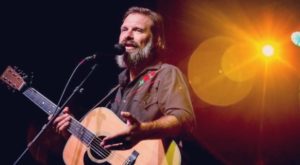 The announcement comes as The Church of The Apostles celebrates 33 years of fruitful ministry.

“Mac has been blessed by God with great musical talent and a voice like no other,” says Dr. Michael Youssef, founder and president of Leading The Way.

“I am thrilled he’s chosen to join our team and am sure God will use him mightily as we minister together around the globe.”

Powell is slated to travel with Dr. Michael Youssef to lead worship at Leading The Way LIVE events – including the October 2 gathering at the Moody Center in Northfield, MA.

Leading The Way is the media and evangelism outreach of Dr. Youssef, which broadcasts television and radio programs in 26 languages across six continents.

“I’ve seen from afar the great ministry that Dr. Youssef has had around the world,” says Powell.

Powell has performed in front of millions of people around the world as frontman for Third Day. The group transformed Christian music, selling 10 million albums, earning four Grammy awards, an American Music Award and 24 Dove Awards. Powell has been inducted into the Georgia Music Hall of Fame. Along with his new position with the Church of The Apostles and Leading The Way, Powell will continue his career touring and recording contemporary Christian music.