In an interview for the Global News Alliance, Kenny Luck the Founder and President of Every Man Ministries from Crossline Community Church in Laguna Hills, California told me why he launched this unique online outreach to men: 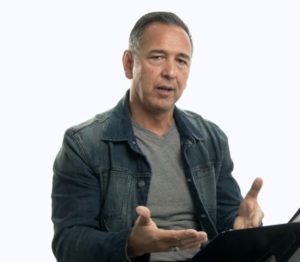 “I decided to start The Corona Chronicles because here in California on the West Coast of the United States our Governor came down really hard in our neck of the woods in terms of social gathering.”

Lucky added: “I realized that if I have to stay at home that means millions of other men are going to stay at home so they’ll have time to watch a global live stream offering. So I called my producer and I said this is what we’re going to do.

“This was four weeks ago and so we decided to do a series called The Corona Chronicles. The Bible has letters from quarantine, they’re called the prison epistles. And so I decided to do a study out of the book of Philippians, where the Apostle Paul is talking from quarantine. He’s contagious, they’ve put him in quarantine and he’s offering his perspective to other believers and friends that he’s forcibly separated from and so that’s how it got started.”

A month later Lucky says the response has been remarkable to his weekly series:

“Our global audience increased 40 times to the degree that we’re reaching about 100,000 men a week. I think the majority of people who tune into the Corona Chronicles are working on the same questions that we all are, what is God’s purpose and presence in the middle of all this, how do I respond to suffering, how do I respond to the loss that I see happening and turning to God is the primary solution to this.”