Top Posts
Colorado football coach Sanders’ unabashed faith
There’s A Light That Enters Houses With No...
Knowing the One Who Always Keeps His Word
Pregnancy Resource Centers Fight For Life Amidst Opposition
This World is Not Our Home
Lessons Learned From a Gingerbread House
Let There Be Peace on Earth
‘I Wanna Dance’ movie: Whitney Houston’s success and...
Fact Finding, Sight Seeing, and Prayer Walking
Kidney donation led to 8 life-saving surgeries
Home ANS Feature Mercy in Action: An Example for All Mankind 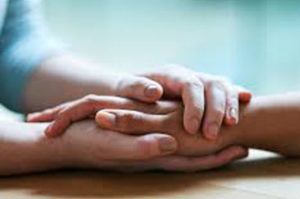 “Therefore be merciful, just as your Father also is merciful”—Luke 6:36 (NKJV).

Mercy and grace seem to be in short supply these days, even among Christians. But on October 2, a grieving 18-year-old offered forgiveness to a former Dallas police officer who shot and killed his older brother.

Botham Jean’s life ended when Amber Guyger said she mistakenly walked through an unlocked apartment door she thought was hers and encountered the man she thought was an intruder. Pulling her gun, she killed the innocent man, who was unarmed.

Guyer was found guilty by a Dallas County jury after only one hour of deliberation and was sentenced to 10 years in prison with the possibility of parole after five. Cries of dismay at the light sentence could be heard inside the courtroom when the decision was announced.

But those present were stunned when Brandt Jean, the brother of the victim took the witness stand to speak directly to Guyger. He said, “I love you like anyone else and I’m not going to hope you rot and die. I know if you go to God and ask Him, He will forgive you.

“Personally,” he said, “I want the best for you. I wasn’t going to say this in front of my family, but I don’t even want you to go to jail. I want the best for you because I know that’s exactly what Botham would want for you. Give your life to Christ. I think giving your life to Christ is the best thing Botham would want for you.”Then, Brandt Jean asked the judge if he could give Guyger a hug, which the judge granted. Meeting in front of the judge’s bench, they embraced before the ex-police officer was led off to prison.

Living in a Prison of Our Own

Mercy, at its core, is forgiveness. Think about God’s love for sinners, which includes us all. That love led to the bloody death of His Only Begotten Son so that we might have life everlasting. Instead of giving us what we deserve, God has shown mercy, again and again, because He wants to give us a chance to repent and be saved.

We are undeserving recipients of God’s mercy. Shouldn’t we, in return do the same for others? Indeed, scripture commands us to be “merciful as God is merciful (Luke 6:36).

If we don’t forgive others, including those who have hurt us the most, we end up harboring anger and resentment. We end up in a prison of our own making. I recall a quote about forgiveness that has stuck with me: “When I forgave, I set a prisoner free. Then I realized the prisoner was me.”

The Ultimate Example of Mercy and Grace

Jesus was the ultimate example of mercy. In Luke 23:34, He cries out from the cross, “Father, forgive them, for they do not know what they are doing.”

You might be thinking, “But God—that was Jesus, Your Son. I’m not strong enough to forgive those who have wronged me.” I’ve been there.

It took almost 10 years before I could finally forgive a family member who had hurt me. Each time I thought I’d let it go and forgiven her, my hurt would return with a vengeance. Until I dropped to my knees beside my bed and said, “God, I can’t do this by myself,” I wasn’t free.

Surrendering Our Hurt to God

In spite of mourning his loss, Brandt Jean was able to forgive his brother’s killer. If we look at this young man’s words to Guyer, we see extraordinary evidence of God at work. How else could this 18-year-old offer mercy on his own?

What is even more extraordinary to me, especially in a world filled with distrust and often hate toward others of a different ethnicity, is Guyer’s victim was an unarmed black accountant. Guyer is white.

But, if this tragedy and the resulting mercy offered by Brandt Jean can open our hearts to others, friends and strangers alike, maybe we can learn to love selflessly, offering mercy and grace as our Heavenly Father has done for us.