Top Posts
Knowing the One Who Always Keeps His Word
Pregnancy Resource Centers Fight For Life Amidst Opposition
This World is Not Our Home
Lessons Learned From a Gingerbread House
Let There Be Peace on Earth
‘I Wanna Dance’ movie: Whitney Houston’s success and...
Fact Finding, Sight Seeing, and Prayer Walking
Kidney donation led to 8 life-saving surgeries
The Power of Curiosity
When Love Came Down at Christmas
Home World MissionsPersecution Nigerian Pastor’s Wife Killed by Abductors

KADUNA STATE, NIGERIA (ANS) — Details have emerged of the circumstances surrounding the death of a pastor’s wife who was abducted by armed assailants from her home in Kaduna state, central Nigeria, on 14 September.

Christian Solidarity Worldwide (CSW) reports Mrs Esther Katung, whose husband is the minister in charge of the Evangelical Church Winning All (ECWA) Prayer House in Birnin Gwari Local Government Area (LGA) of Kaduna state, was seized during an attack by armed men of Fulani ethnicity at around 11.45pm on 14 September. Mrs Katung’s husband Rev Ishiaku Katung sustained injuries during the attack. 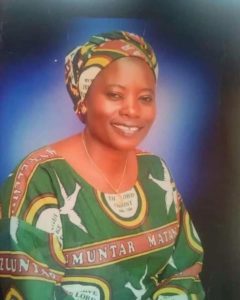 Mrs Katung’s captors initially demanded N5000000 (around US$ 13850.00) for her release. They later agreed to a payment of N400000 (around US$1105.00).  However, released abductees who had been held with her confirmed that Mrs Katung, who was pregnant, had died after suffering a severe beating the day before the ransom was received.

The abduction and murder of Mrs Katung is part a spate of kidnappings for ransom that have increased across Nigeria. In Kaduna state, church leaders and their families are particularly targeted. Several have been seized from their homes or church compounds by well-armed assailants reportedly of Fulani ethnicity. In the south of the country, three Catholic priests from the Enugu Diocese were killed within a five month period following abduction or attempted abduction by Fulani assailants.

CSW stated non-Christian communities in northwest Nigeria are also suffering kidnappings, murder and extortion by armed gangs as a proliferation of weapons contributes towards a seemingly relentless rise in lawlessness. According to the UNHCR, escalating violence in Sokoto, Zamfara and Katsina states has caused a new humanitarian emergency in neighbouring Niger Republic, as over 40,000 people have crossed the border to escape the violence within the last 10 months.

CSW’s Chief Executive Mervyn Thomas said: “CSW offers our deepest condolences to the family and loved ones of Mrs Katung. We are appalled and saddened by the cruelty of her abductors and the tragic circumstances in which she died.  We are deeply concerned by the widespread kidnappings. Given that the Nigerian constitution asserts that the ‘security and welfare of the people’ are ‘the primary purpose of government,’ we urge the authorities to do everything in their power to safeguard citizens and bring perpetrators to justice.”

Elsewhere, CSW said Islamic State West Africa Province (ISWAP) released a video on 22 September depicting the execution of two Christian aid workers. For the first time, the group linked the executions to both the faith and the state of origin of their victims.

Lawrence Duna Dacighir and Godfrey Ali Shikagham, both from Plateau state and members of the Church of Christ in Nations (COCIN), were beheaded by terrorists from the Islamic State (IS) affiliate, who described the murders as the beginning of “revenge on Christians in Plateau state,” alleging that Christians from the state “kill our women and children and eat their meat.”

The video provides the first clear indication of a link between the terrorist organisation and the militia violence that has affected communities in Plateau and other central states.

Another video released on or around 25 September shows ISWAP terrorists executing one of the six Action Against Hunger (ACF) employees who were abducted in Borno state in July, and threatening to kill the remaining hostages.  According to Nigerian journalist Ahmed Salkida, the terrorists claim to have taken this action because they felt the government had ‘deceived them’ following months of secret negotiations.

Thomas added: “We also extend our deepest condolences to the families of these three young men. The fact that in one of these cases the terrorists cited the victims’ state of origin as well as their religion is particularly concerning as it raises the possibility of coordination or cooperation between two sources of terrorist violence. We urge the Nigerian government to ensure the armed forces are sufficiently equipped to address the threats posed by both ISWAP and the Fulani militia, and call on the international community to assist Nigeria wherever possible in this regard.”