Top Posts
Knowing the One Who Always Keeps His Word
Pregnancy Resource Centers Fight For Life Amidst Opposition
This World is Not Our Home
Lessons Learned From a Gingerbread House
Let There Be Peace on Earth
‘I Wanna Dance’ movie: Whitney Houston’s success and...
Fact Finding, Sight Seeing, and Prayer Walking
Kidney donation led to 8 life-saving surgeries
The Power of Curiosity
When Love Came Down at Christmas
Home ANS Feature Prince of ISIS Accepts Christ

HEATHFIELD, UNITED KINGDOM (ANS) –– A Prince of ISIS has accepted Christ according to Leading The Way. Since launching their 24/7 Christian satellite TV station THE KINGDOM SAT in 2009 to the Middle East and North Africa, Leading The Way continues to impact some the unreached lives in the Arabic world including recently a notorious Prince of ISIS. 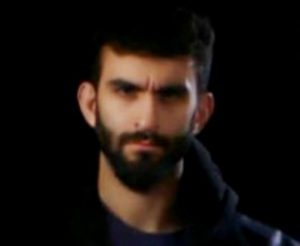 When Mohammad* first planned to meet with one of Leading The Way’s follow-up coordinators in the Middle East called Peter* his initial plan to was kill him. But through a dream about Jesus his life was dramatically turned around.

“The second time they met, Mohammad told Peter he had a dream and saw an envelope dripping blood with great fragrance,” explains Maged Atalla, Leading The Way’s Senior Director of Ministry Outreach.

“Peter told him Jesus is sending you a message and you need to give your life to Him. At that moment he surrendered his life to Jesus. Mohammed then told Peter that the first time they met he had a knife in his back pocket and wanted to kill him on the spot, but something prevented him from doing this. The miracle was he discovered that Mohammad was in fact a prince of ISIS who other people would pledge allegiance to die for.”

As a result of these broadcasts over the past ten years, countless viewers are responding like Mohammad, with many accepting Christ through the help of Leading The Way’s on-the-ground field teams.

These teams are ready around the clock to answer questions, share the Gospel message, lead Bible studies and discipleship programs, pray with viewers, and connect them with local churches — or even serve as the church body for those viewers without access to a local church.

As part of Leading The Way’s Vision 2025 strategy to win a million souls for Christ, Maged explains how they are planning to significantly grow this ministry to the Arabic world to impact many more lives like Mohammad’s:

“Over the next seven years we plan to double the audience of THE KINGDOM SAT and we plan to create more programming and air more LIVE broadcasts. And as our audience increases, we want to significantly increase our field teams, create more resources, and foster a support network for underground churches.”

Maged concluded: “It’s amazing to see over 10 years how this channel has reached out to so many non-believers in Muslim countries around the globe. The Lord has truly blessed this ministry as the word of God is spreading like fire in the hearts and minds of people in some of the hardest to reach parts of the Arabic world.”

For more about Leading The Way: www.ltw.org.  The Kingdom SAT: https://kingdomsat.com/en/

Now celebrating 30 years of ministry, Leading The Way‘s television and radio programs are broadcast in 26 languages to audiences across six continents. Leading The Way also produces DVDs, CDs, books, a monthly devotional magazine, and daily e-devotionals to spread the light of Christ. This Atlanta-based ministry utilizes field ministry teams to evangelize seekers and disciple new believers. Dr. Youssef’s unique perspective has given him a platform to speak boldly into today’s issues and provide Biblical solutions to the challenges Christians are facing today.