Top Posts
When Love Came Down at Christmas
A Walk of Faith Begins with a Step...
God is Rich in Mercy
Everyone has a Story to Share
‘Till’ movie: Racial murder helped spark civil rights...
Leaning His Head On Jesus, This Evangelist Hears...
Timing, common ground, and fruitfulness in witness
Step Out of the Traffic
In Support of Ukraine
Living an Imperfect, Unfinished Life
Home World MissionsPersecution Solar-powered Bibles impacting Indonesia’s next generation

Founded and led by Christians, Harapan Children’s Centre* is seeing a remarkable response among their pupils to these 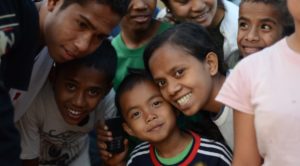 Children in Indonesia enjoying their Navigator

“I got this audio device before I knew about Jesus the Messiah,” says Susi, one of three children who recently accepted Christ after listening to the Navigator. “I was curious, so I began listening to it alone. I brought it into my room and kept listening to it until I fell asleep.”

Like Susi, Bagus also came to Christ after listening to the Navigator in secret.

“After I turned on the Navigator, I began listening and realized—these are Bible teachings! At first, I felt unsure about the programs because I had never heard these things before. But after hearing them a few times, my heart began to feel so happy. Now, I always listen to the Navigator when I go to bed at night.” 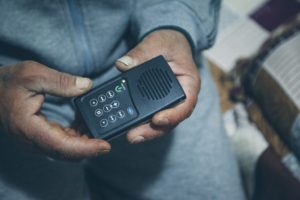 For Susi and Bagus, being able to listen to the Navigator without drawing unnecessary attention to themselves is critical to their safety. Their families do not know Christ, and they could face severe consequences if their new faith is discovered.

“I was born into a Muslim family, and I always used to pray and do everything I could to follow that religion. But still, I felt confused,” says Dona, another Navigator recipient from Harapan. “I kept asking, ‘Who is the real God that I should be glorifying in this world?’ Now, thanks to the Navigator, I have found Him. I feel very happy because I have found what I was looking for.”

As Susi, Bagus, and Dona continue to grow in their faith, they are praying that their families will also come to Christ.

“In May 2017, I was baptized,” says Susi. “I felt so proud and happy because I have received Jesus Christ as my Lord and Saviour. Now, I have a longing for all my family to be saved. I hope they can all receive grace and mercy from God as I have. I truly believe that if I can be saved, my whole family can be as well.” 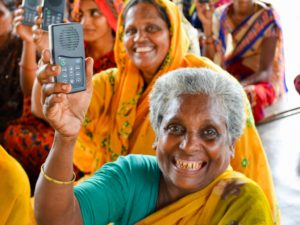 Leading The Way has distributed more than 120,000 Navigators in dozens of languages, impacting countless lives for Christ—and the ministry plans to give away 100,000 more Navigators in the next seven years as part of their Vision 2025 strategy.

The charity’s Founder and President Dr Michael Youssef reflects on the global impact of these solar-powered devices:

“From India to Indonesia and across Africa, there are many villages where people will sit around a tree and listen to these Navigators while they hang on a branch. They will worship and bring their non-believing neighbours to sit with them. I’m so thrilled at what God is doing. . . . Many are coming to a saving knowledge of Jesus Christ through the Navigator — even in the most desperate, war-torn, and remote areas of this world.”

*Centre name has been changed for security purposes.

Now celebrating 30 years of ministry, Leading The Way‘s television and radio programs are broadcast in 26 languages to audiences across six continents. Leading The Way also produces DVDs, CDs, books, a monthly devotional magazine, and daily e-devotionals to spread the light of Christ. This Atlanta-based ministry utilizes field ministry teams to evangelize seekers and disciple new believers. Dr Youssef’s unique perspective has given him a platform to speak boldly into today’s issues and provide Biblical solutions to the challenges Christians are facing today.

He has authored more than 35 books, including popular titles Life-Changing Prayers, The Hidden Enemy and The Barbarians Are Here. He and his wife reside in Atlanta and have four grown children and ten grandchildren.