Top Posts
Knowing the One Who Always Keeps His Word
Pregnancy Resource Centers Fight For Life Amidst Opposition
This World is Not Our Home
Lessons Learned From a Gingerbread House
Let There Be Peace on Earth
‘I Wanna Dance’ movie: Whitney Houston’s success and...
Fact Finding, Sight Seeing, and Prayer Walking
Kidney donation led to 8 life-saving surgeries
The Power of Curiosity
When Love Came Down at Christmas
Home World MissionsPersecution US Pastor Case in Turkey ‘Should highlight the millions of persecuted Christians globally’ 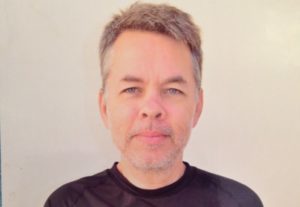 With growing media attention on the story of US Pastor Andrew Brunson being held in Turkey, Help The Persecuted CEO Joshua Youssef hopes this case will highlight the plight of millions of other persecuted Christians around the world.

News coverage escalated when the US imposed sanctions on Turkey following Vice President Mike Pence’s speech during a religious freedom gathering in Washington calling for Pastor Andrew Brunson’s release. Brunson, who has been a missionary for 20 years in the Middle East, has been held by the Turkish government since 2016 on terrorism charges.

Youssef, who attended this significant event as well as a private meeting with Vice President Pence afterwards, hopes to see religious freedom for many other persecuted Christians in Turkey and beyond:

“This administration sees this as a much larger issue than just Pastor Brunson. If a country can get away with this over this particular case, then they can get away with this in other instances when they just want to imprison Christians and claim they are part of an anti-government conspiracy. This is a very important policy to push for religious freedom and use our power as a nation to encourage change among other nations that are less likely to change.”

Help The Persecuted has assisted more than 25,000 individuals and their families, who have suffered for their faith just like Pastor Brunson.

“The reality is Pastor Brunson represents millions of persecuted Christians around the world.  It just so happens he’s an American, who has attracted significant news coverage. There is persecution on a much more significant scale and this is just the tip of the iceberg.”

“Help The Persecuted comes in and not just brings relief and assistance to somebody, but we come alongside them, one-on-one, to disciple and support them in their suffering.”

“We’ve also set up numerous safe houses throughout the Middle East and North Africa, where we will take in converts from Islam.  Recently, we helped a convert who had been severely beaten by his family. He is paying a heavy for his new faith, but we were able to give him a safe place to heal and grow spiritually.”

Youssef concluded: “My hopes would be to continue providing assistance to new believers in this region, and as our ministry grows, to look at other areas beyond the Middle East like Iran, Pakistan, South East Asia and North Korea. Some of these countries have high incidences of persecution and so if we’re truly going to help the persecuted we need to look at this globally.”

To find out more about Help The Persecuted go to: www.htp.org

About Help The Persecuted:

Help The Persecuted connects with thousands of Christians every year throughout the Middle East and North Africa – one of the most dangerous regions on the earth to be a Christian. Help The Persecuted ’s ministry to them continues even after they are safe from harm.

Since 2011, Help The Persecuted has supported more than 25,000 individuals and their families.

Help The Persecuted has field teams on the ground who meet with individuals to hear their stories, assess their urgent needs, and prayerfully prioritize their cases.

They then provide holistic support tailored to each individual’s practical and spiritual needs—from safe housing to pastoral care and more.

The goal of Help The Persecuted is to build long-term discipleship relationships that empower the church to flourish—even in hostile regions.

Joshua Youssef serves as President and CEO of Help The Persecuted, headquartered in Atlanta, Georgia. Previously, Joshua served for seventeen years as Executive Vice President of Leading The Way with Dr. Michael Youssef, a global media ministry. Joshua earned his bachelor’s degree in Communications from Auburn University. He is currently pursuing his M.A.R. at Reformed Theological Seminary in Atlanta, where he lives with his wife, two daughters and two sons.

For any media enquires including interview requests with Help The Persecuted CEO Joshua Youssef contact: