Top Posts
Knowing the One Who Always Keeps His Word
Pregnancy Resource Centers Fight For Life Amidst Opposition
This World is Not Our Home
Lessons Learned From a Gingerbread House
Let There Be Peace on Earth
‘I Wanna Dance’ movie: Whitney Houston’s success and...
Fact Finding, Sight Seeing, and Prayer Walking
Kidney donation led to 8 life-saving surgeries
The Power of Curiosity
When Love Came Down at Christmas
Home Our Writers William Bray 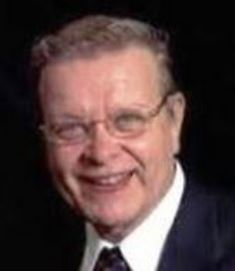 William Bray has been a regular contributor to ASSIST News since 1991. He got into journalism as a bi-vocational missionary during the Vietnam War. Bill was also a Bangkok-based foreign correspondent for ABC News, NEWSWEEK and Reuters.

William Bray wrote for Christian Life, several daily newspapers, and authored or co-authored 13 books. His books include three with K.P. Yohannan, Founder of Gospel For Asia, including Road to Reality, Why the World Waits and Revolution in World Missions. He has traveled to over 55 countries and is based in Charlottesville, Virginia where he serves as chairman and president of Overseas Students Mission.

How Billy Graham launched my career in journalism, and later brought me back to it through a ‘Miracle in Moscow’