Top Posts
Colorado football coach Sanders’ unabashed faith
There’s A Light That Enters Houses With No...
Knowing the One Who Always Keeps His Word
Pregnancy Resource Centers Fight For Life Amidst Opposition
This World is Not Our Home
Lessons Learned From a Gingerbread House
Let There Be Peace on Earth
‘I Wanna Dance’ movie: Whitney Houston’s success and...
Fact Finding, Sight Seeing, and Prayer Walking
Kidney donation led to 8 life-saving surgeries
Home ANS ReportsInspirational The Paradox of Generosity 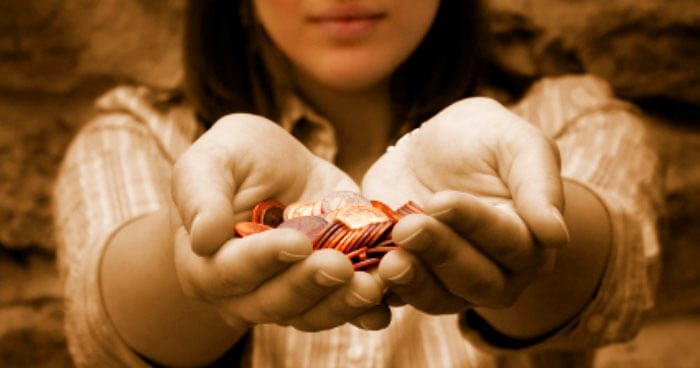 People who are generous with their money and time are happier, healthier and more resilient than their less generous counterparts.

GROVE, OK – “One gives freely, yet grows all the richer; another withholds what he should give, and only suffers want. Whoever brings blessing will be enriched, and one who waters will himself be watered” — Proverbs 11:24-25 (ESV).

The first time I was nudged by the Holy Spirit to give away a prized possession, I admit to reluctantly obeying. However, I can attest to the overwhelming joy I received when the woman, who was the recipient of the necklace I gave her, began to cry.

For me, it was the start of a lifelong habit to begin paying more attention to that still, small voice to be more generous with my time, my money and my possessions. The necklace I mentioned above was a gift from my sister. On the simple silver chain was a small cross. The woman who had admired it worked at a fast food chain. I learned later she worked two jobs to support herself and her family.

While I treasured the gift from my sister, I know God treasured my generosity more. But, I received a greater gift when I gave the necklace away. It’s a paradox many don’t understand.

According to dictionary.com, a paradox is “a statement or proposition that seems self-contradictory or absurd but in reality expresses a possible truth.” Synonyms, or words that mean the same or almost the same, include contradiction, absurdity, inconsistency and mystery. But that’s the mystery of generosity, at least for those who don’t understand God’s economy.

In an article by Michael O. Garvey, he discusses the “empirical evidence in support of the biblical admonition” that it is more blessed to give than to receive. According to Garvey’s article, a study by University of Notre Dame sociologists revealed “through analysis of measurable data, people who are generous with their money, time and associations are happier, healthier and more resilient than their less generous counterparts.”

Christian Smith, one of the sociologists involved in the study, writes, “By grasping onto what we currently have, we lose out on better goods that we might have gained. In holding onto what we possess, we diminish its long-term value to us. By always protecting ourselves against future uncertainties and misfortunes, we are affected in ways that make us more anxious about uncertainties and vulnerable to future misfortunes. In short, by failing to care for others, we do not properly take care of ourselves. It is no coincidence that the word ‘miser’ is etymologically related to the word ‘miserable.’”

In Mark 12, we read about the poor widow who put two small copper coins into the offering, while many rich put in large sums. Jesus tells His disciples, “Truly, I say to you, this poor widow has put in more than all those who are contributing to the offering box. For they all contributed out of their abundance, but she out of her poverty has put in everything she had, all she had to live on.’”

Christian pastor Andrew Murray said, “The world asks, ‘What does a man own?’ Christ asks, ‘How does he use it?’”

That’s the paradox of generosity.